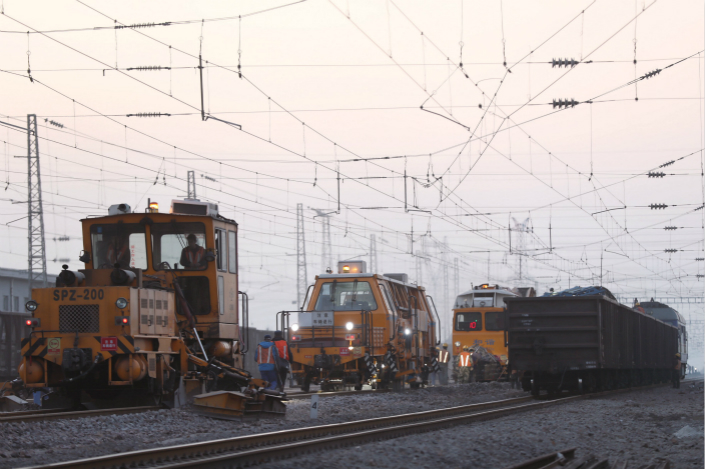 At the end of September, out of 944 companies participating in 572 “model” public-private partnerships projects that have already started, only 328 are privately owned, accounting only for 34.7% of the total, down from 38.9% at the end of 2016, official data show. Photo: Visual China

The Chinese authorities are ramping up efforts to attract more private capital into state infrastructure projects through public-private partnerships (PPP) as interest in the three-year-old initiative has failed to take off and put more pressure on debt-laden local governments to come up with the money themselves.

China’s top economic planning agency, the National Development and Reform Commission, published guidelines for local governments on Thursday that included incentives to encourage private companies to participate in PPP ventures. It also warned officials that continued efforts to raise funds for projects through irregular and banned channels will be punished.

The 10-point plan said the central government will give more support to PPP projects that have non state-sector participation by offering incentives that include subsidies on interest payments and help for private investors to raise funds through selling bonds and securitizing assets.

The NDRC told local authorities to create a fairer and more open market environment for private companies to take part in PPP projects and to offer preferential policies that suit their economic situation, while ensuring they remain within the law. Local governments must listen to the views of potential private investors, take on board any reasonable proposals that they make, stick to their agreed obligations and not renege on deals or promises made by previous officials who are no longer in their positions.

The commission also encouraged local governments to consider not only projects under the build-operate-transfer model, which involves the construction of new infrastructure or fixed assets, but also rehabilitate-operate-transfer projects, which involves the rebuilding or upgrading of existing assets. For ventures that require significant funding and involve the use of complex engineering and technology, private investors should be encouraged to join consortiums to take advantage of the relative strengths of each member.

The NDRC said local authorities should try to reduce the pressure on their own spending by promoting more cash-generating PPP projects to private firms which have the potential to bring in regular payments from users, rather than projects that involve a significant amount of public expenditure.

The guidelines are the latest in a series of announcements and statements from the government over the last few months aimed at reviving an initiative that has failed to pull in investment from the private sector, or what the government calls “social capital.”

Ministry of Finance (MOF) data show that at the end of September, a total of 14,220 projects with a combined planned investment of 17.8 trillion yuan ($2.68 trillion) — nearly a quarter of China’s gross domestic product in 2016 — had been registered. Of those, 6,778 with total planned investment of 10.1 trillion yuan have reached the stage of preparation, procurement or execution.

But a closer look at the projects reveals that much of the “private” capital involved is in reality coming from state entities of various kinds, either from state-owned enterprises or government investment or trust funds. Private companies have given a lukewarm response to the initiative because the returns on the investment aren’t attractive enough or they have little control over the projects.

The ministry put out a statement on Friday expanding on its announcement earlier this month to overhaul the registration system for PPP projects. It said the changes were aimed at weeding out unqualified activities and to “guide the PPP initiative to serve its original purpose of improving public services.”