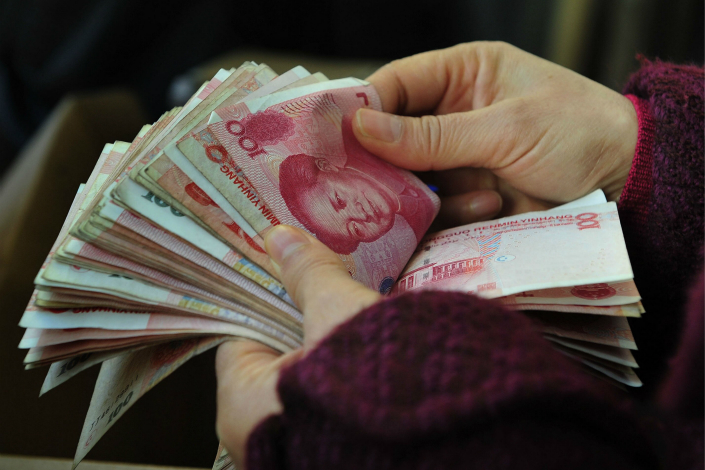 China may have to raise its personal income tax to create room for a reduction in its corporate tax as it seeks to stay attractive to investors. Legislation going through the U.S. Congress could lead capital to flow back to the United States. Photo: Visual China

China may have to raise personal income tax and finally introduce a real estate levy to create room to cut corporate taxation amid concern that legislation going through the U.S. Congress could make the country less attractive as an investment destination and potentially lead to capital outflows.

The U.S. Senate on Saturday narrowly passed what would be the largest tax overhaul in America since the 1980s, paving the way for President Donald Trump to sign into law a bill he says could cut the corporate tax rate to 20% from 35%.

The legislation would also give U.S. companies a one-off tax cut on repatriating deferred profits held overseas and make dividends received from companies overseas exempt from tax. Future foreign profits of U.S.-based companies would also be largely exempt from taxation, while businesses investing capital brought back into the country would receive tax breaks.

The reform has triggered worldwide concern over the potential impact on business, investment and tax rates in other countries. Finance ministers from European Union countries are expected to discuss the planned U.S. changes at their monthly meeting on Tuesday.

As the world’s second-biggest economy and one of the main destinations for foreign direct investment from the U.S., China is unlikely to escape spillover effects from the legislation. The government is already well aware of the problems in the domestic tax system and the potential impact of changes in taxation regimes in major economies such as the U.S.

In an article published after the 19th Party Congress held in October, Finance Minister Xiao Jie wrote, “We will closely follow developments in tax reforms worldwide, prudently assess and identify trends in international tax regimes and further improve (China’s) corporate income taxation” as part of efforts to “beef up the international competitiveness of the country’s tax system.”

The Chinese authorities will be “vigilant to market reactions to the U.S. tax reforms, especially with regard to capital outflows and the currency pressure,” Raymond Yeung, a Hong Kong-based economist with Australia and New Zealand Banking Group (ANZ), said in a note on Monday. He noted a commonly held view that the legislation would incentivize U.S. companies to repatriate profits they have accumulated and still hold in China.

Yeung said the Chinese government could also consider reducing the tax burden on companies, noting that the standard corporate tax rate is 25%, higher than the new rate in the U.S. after the legislation is enacted.

Lowering costs is one of the five pillars of China’s supply-side structural reforms, but so far the focus has been on deleveraging, capacity reduction and cutting the glut of unsold properties, Yeung said.

“Cost reduction has been lagging behind. To boost the country’s global competitiveness, China could address the issue of an increasingly expensive operating environment domestically,” Yeung said.

The U.S. bill, once enacted, will “greatly encourage American companies to bring their cash back and spend in their home land,” Andrew Choy, Greater China international tax leader of accounting firm Ernst & Young, told reporters during a conference call on Monday.

“Therefore, the China subsidiaries of American firms will be directly affected, at least in the first several years,” he said.

Chinese companies, especially private businesses, have long complained of the cost burden they face in China, especially when it comes to taxation.

Cao Dewang, chairman of auto glass manufacturer Fuyao Glass Industry Group Co. Ltd., in March cited the heavy corporate tax load in China when he defended his plan to invest $1 billion to build manufacturing bases and other facilities in the U.S.

The World Economic Forum estimated the total tax burden on businesses in China at 67.8% of profits, one of the heftiest among the 138 economies it rated in a competitiveness report released last year.

But the Chinese government’s fiscal position is coming under increasing pressure as a result of continued increases in spending and slowing revenue growth as the country’s economic expansion moderates. Reforms aimed at cutting the burden on companies, such as the introduction of the value-added tax system, are also eating into tax receipts.

If the government decides to continue lowering corporate tax rates, levies on other sectors of the economy will have to go up, analysts said. The two main options are to increase personal income tax and to impose a real estate tax.

“It is inevitable that taxes imposed on individuals will go up in order to reduce the burden on companies,” Gao Peiyong, an economics professor and tax expert at the Chinese Academy of Social Sciences (CASS), a government think tank, told Caixin.

The reason why companies feel under such strain is because more than 90% of China’s taxes target the corporate sector, compared with 45% in Europe and 30% in the U.S., said Gao, who is president of the National Academy of Economic Strategy at CASS.

Wang Tao, chief China economist at UBS in Hong Kong, said the onerous burden on companies in China is rooted in flaws in the design of the country’s tax system.

“China’s overall tax rate is not excessively high,” she told Caixin. “The key is… the government should collect more direct taxes rather than indirect taxes.”

A direct tax, such as income tax, property tax or corporation tax, is paid directly to the government and is progressive – the amount paid rises as the taxable amount increases.

An indirect tax is levied on goods and services at various levels of the supply chain and is passed on to the end consumer. It is a regressive tax, in that all taxpayers have to pay the same amount regardless of their ability to pay.

In a sign that the government intends to address the imbalance, Finance Minister Xiao laid out a roadmap for overhauling the personal income tax system and introducing the long-awaited real estate tax in his article published after October’s Party Congress, where the ruling Communist Party unveiled its plans for the country over the next three decades.

The government will restructure the rates of personal income tax, strengthen the regulation and management of the tax base and enhance collection to let the levy “fully play its role of adjusting (wealth distribution),” he wrote.

China also aims to charge a real estate tax based on the appraised value of industrial, commercial and residential properties after a special law is passed, Xiao wrote in his article. The government will, in the meantime, “appropriately reduce tax burdens on the construction and transaction links” in part to gradually build a “modern real estate tax system,” Xiao said, referring to the string of taxes imposed during the construction and transfer of property including farmland occupation tax, urban land-use tax, land value-added tax, and stamp duty.

Both the personal income tax reform and the imposition of a real estate tax will lead to an increase in tax payments by the public and will unmistakably face “enormous difficulties,” Gao from the CASS said.

“But China’s tax system must integrate with the rest of the world,” he said. “We have to make a start no matter how hard it is, so that the burden on the real economy can be lowered while at the same time guarding against exacerbating fiscal risks and preventing systemic or regional financial risks.”