By Aries Poon and Han Yi 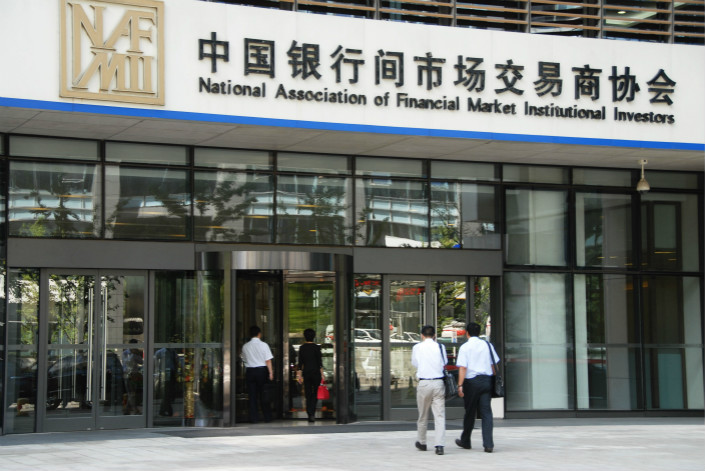 An audit by the National Association of Financial Market Institutional Investors found that China’s major credit ratings agencies did not properly engage with companies throughout the rating process. Problems included failing to give companies sufficient time to answer questions or offer feedback. Photo: Visual China

While China is opening its local interbank-bond ratings to global agencies, domestic agencies still haven’t lived up to the standard, a self-regulatory body said.

An audit of all five domestic agencies that assess credit risks of interbank bonds, conducted by the National Association of Financial Market Institutional Investors (NAFMII) from July through September, found that the ratings reports of these agencies failed to adequately address major credit risks and had calculation errors, the association said in a statement Monday.

The audit also found that domestic agencies did not properly engage with companies throughout the rating process. Problems included not giving companies sufficient time to answer queries or offer feedback, the NAFMII said. It also said their practices for filing clients’ information and research materials were unsatisfactory.

The audit came at a time when China’s central bank has decided to allow foreign credit ratings agencies to assess and rank credit risks of onshore interbank bonds, a policy first announced in July. Interbank bonds account for 90% of the trading of onshore debt, and are the only bonds allowed to trade under the Bond Connect program.

Offshore investors have repeatedly voiced concerns about the low credibility of credit-risk assessments carried out by Chinese ratings agencies. For instance, domestic ratings usually take potential government or bank bailouts into account, which is not in line with international practice.

Taking potential government or bank bailouts into account has caused confusion for foreign investors. Of the 1,500 or so publicly traded bonds covered by China’s four largest ratings agencies, nearly 70% are ranked AA or above, according to data compiled by Bloomberg.