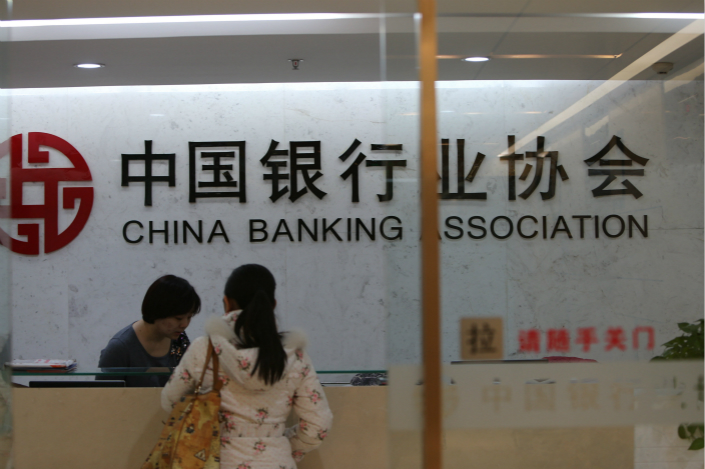 The China Banking Association has denied that 10 midsize commercial banks submitted a paper asking the government to water down a proposed framework for the asset-management industry. Photo: Visual China

As commercial banks fret over tighter asset-management rules, a document calling for less regulation has gone viral, fueling the drama.

Last Thursday, people in the market began circulating a document that alleged to be a submission paper by 10 midsize commercial banks, asking the government to water down its proposed framework for overseeing the $15 trillion asset-management industry.

The China Banking Association, which had chaired meetings for the 10 banks on this matter, said on its Weibo account Friday that “there is no such thing as a joint submission by 10 commercial banks.”

However, banking executives who attended those meetings told Caixin that the document does reflect the main views from the banks in those meetings.

In the document, the banks’ suggestions included giving them more time to comply with the new rules, reducing barriers to investing in “nonstandard assets,” and allowing privately offered funds to recruit more than their current limit of 200 investors.

On Monday, Bloomberg News reported, without citing sources, that Chinese regulators are considering extending the transition period for compliance to the end of 2020. The current proposal calls for the transition period to end in June 2019. The report also said the regulators might give banks more flexibility to roll over long-maturity asset management products invested in nonstandard assets.

The People’s Bank of China (PBOC) and China Banking Regulatory Commission (CBRC) could not be reached for comment.

The proposed framework for the asset-management industry is undergoing public comment until Sunday.

A tighter regulatory framework will also be a challenge to the regulators themselves, said Liu Zhiqing, deputy director general of CBRC’s prudential regulation bureau.

“We will fully consider the impact on the banking industry as well as on the market before we finalize the rules,” Liu said at a forum in Beijing on Saturday.

“We are now gathering feedback from various parties, and hope that the final plan could ensure a stable transition for the asset management industry,” he added.