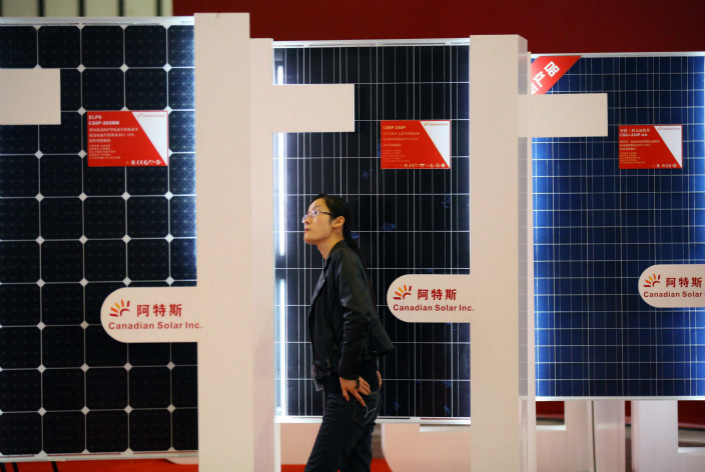 New-energy companies that have recently delisted from New York were investor darlings after their listings around a decade ago, but the industry has proven to be highly cyclical, and has been in a downturn for the last year. Photo: IC

Canadian Solar, considered one of China’s strongest solar panel-makers, said a group led by its CEO Shawn Qu had submitted a non-binding proposal to buy all of the company’s Nasdaq-listed shares for $18.47 each, or about 7% above their previous close. The stock rose 3.1% to $17.79 in Monday trade after the announcement, closing to within 3.8% of the offer price, reflecting growing confidence among investors that such deals will ultimately succeed.

The deal values the company at just over $1 billion.

The proposal makes Canadian Solar the latest in a string of U.S.-listed Chinese companies to abandon New York after their stocks languished due to lack of investor interest. Many are hoping to eventually relist in China, where companies can typically receive higher valuations.

The companies became investor darlings after their listings around a decade ago, boosted by stock-buyers who believed they would thrive as countries aggressively promoted such clean energy development. Canadian Solar was typical of the group, with its shares once trading as high as $42 as recently as 2014 on strong profits and revenue growth.

But the industry has proven to be highly cyclical, and has been in a downturn for the last year as many Western countries phase out subsidies meant to support solar and wind farm development. That has led to a global supply glut, pushing many companies into the red.