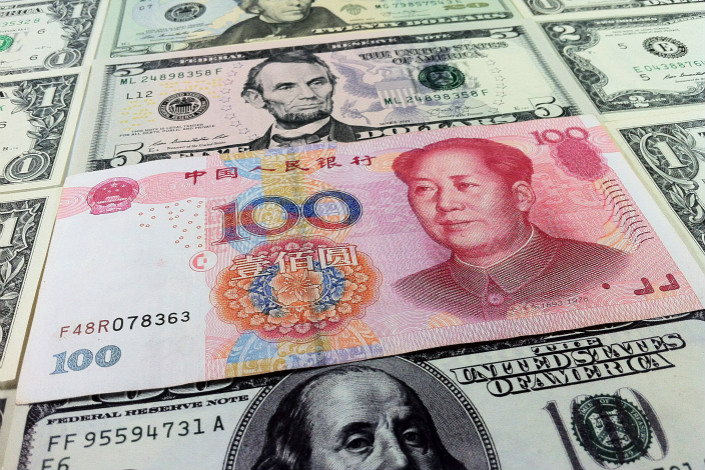 The outlook for China’s financial industry will be largely stable over the next year, except for some life insurers that could be squeezed by a cash crunch, Moody’s Investors Service said Tuesday.

The ratings agency said in a report that it sees China’s banks, securities firms, leasing companies, asset management companies and property and casualty insurers as stable — meaning it is unlikely to change its credit ratings for the companies.

“The government will remain keen on adopting coordinated policy measures to curb shadow banking and interbank activities and to address key imbalances in the financial system," said Sherry Zhang, a Moody's analyst. "As for the operating environment, steadying economic growth and recovering commodity prices will support corporate profitability and therefore the asset quality of the financial institutions."

However, Moody’s said it takes a negative view of Chinese life insurers because the regulatory clampdown on short-term savings products exposes some companies to liquidity stress and lowers new business growth.

The agency expects liquidity to stay broadly stable next year, as a result of the central bank's increasing use of liquidity facilities to inject cash into the market. Also key to this stability are improving funding structures at banks due to regulations to lower their reliance on short-term wholesale funding, which have however also led to intensified competition for deposits.

But it cautioned that banking system liquidity will remain tight, especially among smaller banks, given regulatory efforts to constrain the growth of corporate and interbank leverage and shadow banking.

China’s shadow banking sector stopped growing for the first time in five years by the first half of 2017 due to a stringent crackdown on financial risks, with total shadow banking assets in the January-June period falling to 82.6% of the country’s nominal gross domestic product (GDP) after peaking at 86.5% in 2016, Moody’s said earlier.

Banks, especially smaller one that rely on funding from the interbank market and shadow banking system, could face tight liquidity as regulators continue to curb activities outside the formal banking system, Moody’s said in the Tuesday report.

The government’s financial tightening policies have sparked worries that they may weigh on China’s economic growth. But Nicholas Zhu, a senior Moody’s analyst who oversees the banking industry, said that the implementation of measures to rein in risks is expected to be enhanced as the government is determined to deleverage the financial system and therefore unleash more funds to support actual economic activities.

“Strong regulation upon the financial industry is expected to be persistent,” said Zhu at a credit outlook forum held by Moody’s in Beijing on Tuesday, citing recent government curbs on the country’s $15 trillion asset management industry. “What we can see from recent moves, is that the regulators will be more and more focused on how to land specific policies instead of just sending out messages.”

Moody’s in November raised its forecast for China’s economic growth in 2018 to 6.6%, up from 6.4% predicted in August, citing positive factors including expanding global trade and strong government policy support to raise the corporate profitability of Chinese enterprises.

China’s leadership is reportedly going hold its annual economic work conference for three days starting on Dec. 18, where they will chart major economic policies and likely set a target for GDP growth next year.