Noncompliant P2P Lenders to Be Out by Mid-2018 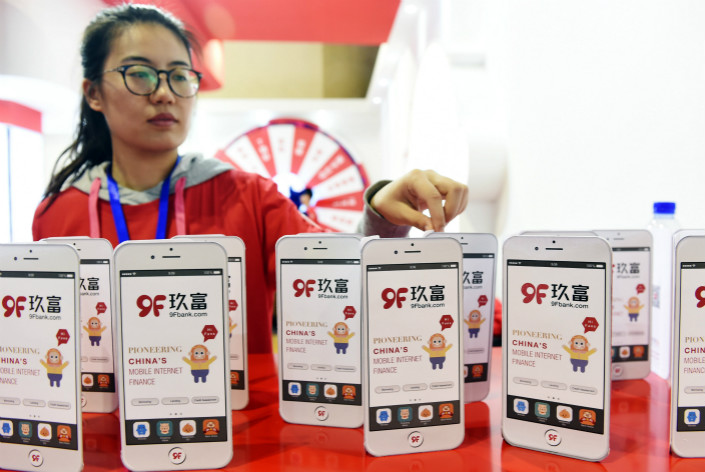 In slightly more than six months, local regulators must inspect all peer-to-peer lenders in their localities and finish registering all compliant players. They must also help noncompliant companies exit the market. Photo: Visual China

Local banking regulators have until the end of June to weed out noncompliant peer-to-peer (P2P) lenders, according to a circular issued by a special working group led by the China Banking Regulatory Commission (CBRC).

The working group’s years-long campaign to inject discipline into the 1 trillion yuan ($151 billion) P2P lending market is approaching an advanced stage. The watchdog aims to install unified regulations and evaluation metrics, which will be adopted by local regulators, to oversee the thousands of P2P lenders scattered across the country.

In slightly more than six months, local regulators must have inspected all P2P lenders in their localities and finish registering all compliant players and help noncompliant companies exit the market, according to the document.

Factors including the size of lenders’ credit-risk provisions and their practice of collateralizing and custody of deposits from lenders will be among the things the regulators will be examining. Still, the specific metrics have not been issued, and could vary with local conditions, Caixin has learned.

For noncompliant companies that cooperate with the inspections, local regulators can either guide them to exit gradually, or rectify the areas of noncompliance by reorganizing their businesses or by orchestrating mergers and acquisitions, the document said.

The uncooperative lenders must be shut down, it added.

It will also be the responsibility of local regulators to check for compliance problems with P2P lenders that have businesses in other provinces or localities, the document said.

Major P2P platforms must finish the required registration with local regulators by the end of April, the document said. Noncompliant lenders will have until the end of May to fix ‘questionable’ practices and will still make it to the end of June deadline to stay in business, it added.

The P2P lending cleanup began in 2016, and has forced many P2P lenders to close down. According to data from P2P consultant WDZJ.com, there are 2,148 companies engaged in P2P lending in China today, down from a peak of 3,400 in early 2016.