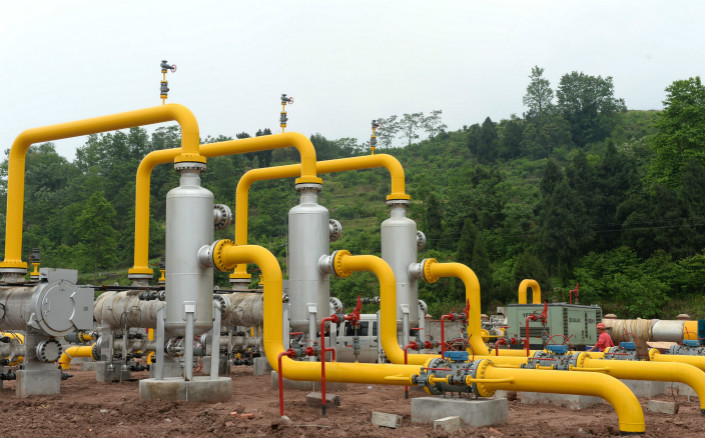 The National Development and Reform Commission said overall natural gas consumption this winter was 3.5 times higher than during this year’s summer due to a surge in demand, with some provinces experiencing an even higher increase. Photo: Visual China

China’s top economic planner has ordered curbs on industrial use of natural gas to ensure adequate supplies for households amid a supply crunch that has left thousands shivering in northern China in recent weeks.

“Under circumstances where (natural) gas supply can’t meet both household and industrial demand during peak hours, the National Development and Reform Commission (NRDC) and the National Energy Administration have urged (gas suppliers) to prioritize provisions to ensure a guaranteed supply to homes,” Meng Wei, an NDRC official, said at a press conference on Monday.

The NDRC said gas supplies to businesses such as chemical and methanol producers and chemical fertilizer-makers will be moderately reduced by 15 million cubic meters (530 million cubic feet) per day and diverted for household use. It has ordered the top three state-owned oil and gas companies — PetroChina, Sinopec, CNOOC — to cut supplies to their gas-consuming subsidiaries.

The NDRC said overall natural gas consumption this winter was 3.5 times higher than during this year’s summer due to a surge in demand, with some provinces experiencing an even higher increase.

The natural gas shortage has touched a raw nerve among the public in recent weeks as thousands in northern Chinese provinces including Hebei and Shanxi, were left without heat due to hiccups in a government-mandated shift from coal to gas. Some villagers were reportedly secretly burning coal and tree branches to keep warm, as gas prices soared amid a supply crunch.

The growth rate of natural gas consumption in China hit double-digit figures this year, amid rising demand from industrial producers and power firms and the government’s clean air campaign that pushed millions of rural households to switch to the cleaner fuel source, according to Meng.

The NDRC’s order came four days after the National Energy Administration touched on the same issue by allowing rural households to use coal in places facing a gas deficit or where there have been delays in laying gas pipelines.

The NDRC has also issued orders to increase production in local gas fields, speed up imports and transfer stockpiles from gas-rich southern provinces such as Fujian and Guangdong to northern China.

However, these measures may not be enough to address China’s chronic gas shortage. The Beijing News cited data from the three major oil companies which says that the total natural gas gap in the country will exceed 11.3 billion cubic meters this year and the gap in 2021 will surpass 30 billion cubic meters.