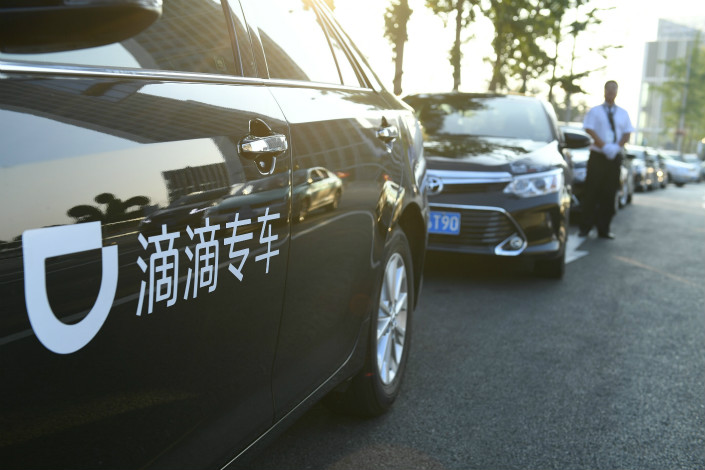 Didi has awarded local company Ledi Technology Co. the exclusive rights to promote and use the Didi brand and platform in Taiwan, and is now recruiting drivers, according to a statement on the Didi Taiwan Facebook page.

The expansion is Didi’s latest foray outside the Chinese mainland. In February, it set up an international division, announced planned launches in Japan and opened a research and development center in California.

Uber, the U.S. company that Didi defeated in a vicious subsidy war in China in 2016, has a head start in the Taiwan market. Uber launched its services there in 2014, but has had to face protests from taxi companies and drivers’ unions, and a clampdown by the government, which considered Uber’s services illegal.

According to the Taiwan transportation regulator, Uber was registered as an information services provider, not a transportation company, so it was illegal for it to offer rides to the public.

In January, the Taiwan government began offering up to NT$300,000 ($10,000) a year to members of the public providing information leading to fines against Uber, Taiwan’s Central News Agency reported. Taiwan also passed new legislation raising the maximum fine for illegal taxi services to NT$25 million, from between NT$50,000 and NT$150,000 before.

Uber suspended its Taiwan service on Feb. 10, saying in a blog post that Taiwan’s government “has moved further and further away from embracing innovation and setting the stage for a 21st century transportation policy.”

In April, Uber returned to the market, after reaching an agreement with authorities and partnering with licensed taxi-service providers. On Oct. 30, Uber launched its UberTaxi app, a collaboration with local taxi companies Crown Taxi, Ya Tai Taxi, and Q Taxi, which allows existing taxi fleets to use Uber’s technology.

Didi appears to have taken lessons from its competitor’s struggle.

Applicants signing up to be Didi Taiwan drivers must have a Taiwan identification card, and must be registered in Taiwan as professional taxi drivers or minibus drivers, according to the application requirements listed on the Didi website.

The terms and conditions of Didi Taiwan’s driver registration page explicitly state that Didi Chuxing does not providing taxi services, but rather provides a platform to connect passengers with taxi service providers. Additionally, Didi Chuxing asks its Taiwan drivers and passengers to refrain from violating laws and regulations, and to bear sole responsibility for any disputes or losses. Uber racked up a total of NT$1.1 billion in fines in January alone, according to reports by Taiwan media.

Ledi Technology, Didi’s local franchisee, was set up on Nov. 10 with a total registered capital of NT$200,000, according to business registration records provided by Taiwan’s economic affairs authority.

On Thursday, Didi Chuxing announced that it has raised $4 billion in a new round of fundraising to develop its artificial intelligence capacity, overseas expansion and new energy vehicle service networks.