By Huang Rong and Leng Cheng 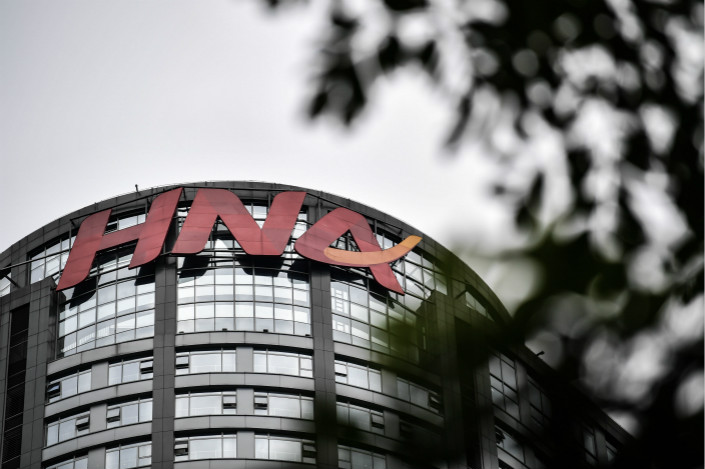 Hainan Province CiHang Foundation, HNA’s largest shareholder in China, pledged 919.3 million shares of China Postal Savings Bank at HK$3.08 per share on Dec. 15, according to a regulatory filings by the lender with the Hong Kong bourse. Photo: IC

Indebted HNA Group has pledged some of its stake in Postal Savings Bank of China as collateral to borrow money, Chinese conglomerate’s latest move to ease a liquidity squeeze.

Hainan Province CiHang Foundation, HNA’s largest shareholder in China, pledged 919.3 million shares, or a 4.63% stake, of the bank at HK$3.08 per share on Dec. 15, according to a regulatory filing by the lender with the Hong Kong bourse Thursday.

The statement showed that China International Fund SPC increased its stake in the bank by 919.3 million shares through a securities borrowing and lending agreement.

HNA Group, known for its splashy overseas acquisitions over the past few years, is trying to defuse recent market concerns over its debt pile and liquidity. However there is growing evidence that the high-rolling dealmaker is having trouble repaying its debt.

The company has slowed its overseas shopping spree since early this year and is exploring the possibility of selling some of its domestic assets, Caixin learnt.

Tan Xiangdong, chief executive officer of HNA Group told reporters last month that the group is looking to offload some of its real estate holdings in places like New York and Sydney, as well as about 100 of its subsidiaries to ensure “the healthy development of the company.” The Wall Street Journal earlier this week reported that HNA Group was seeking to sell $6 billion in overseas assets.

In an apparent attempt to soothe market concerns over its financial strength to pay off near-term debt, the group said in a statement last week that it had met with representatives from eight policy and commercial banks to discuss the company’s credit facility for 2018, and reiterated in a statement that it still had 310 billion yuan ($47.2 billion) in unused credit lines from major banks.