Has 'Sang' Become the Defining Character of Chinese Millennials? 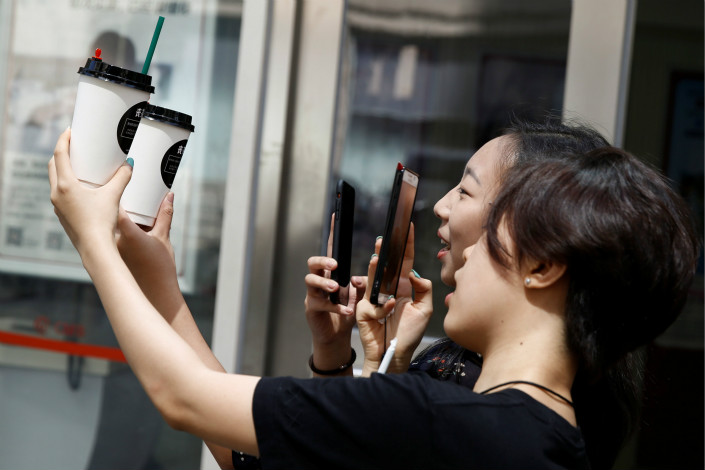 The Chinese character “sang,” has become a popular term to depict the dim views among young people about their career or marriage prospects. An example of sang culture is a tea chain called Sung Tea, who has given its drinks (pictured) names like “You are the Fattest” and “You don't have nothing, you have a disease.” Photo: Visual China

Looking back at 2017, a growing sentiment of despondency has overshadowed China’s public discourse, especially among millennials.

This year’s internet buzzwords reflect the changing attitudes of Chinese netizens — from the ubiquitous “zheng neng liang,” or positive energy, to the pursuit of “little but certain happiness,” or “xiao que xing,” and then to the current rise of the melancholy “sang” culture.

The Chinese character “sang,” which is usually associated with funerals, can be roughly translated into mourning, nursing a sense of loss or being dispirited. This gloomy word has long been intentionally avoided in daily use, but now it has become a trending term to depict the dim views among young people about their career or marriage prospects.

The prevalence of Sang culture came to light after several seemingly dull internet memes spread like wildfire. One such image, which went viral in 2016, showed a middle-aged man slouched on a couch with a look of resignation etched on his face. It was a screenshot from a 1993 sitcom “Love My Family,” starring actor Ge You, and prompted a wave of photos mimicking the gesture that is now known as the “Ge You slouch.”

This character represented an outdated loafer who couldn’t adapt to the changes in the 1990s, when the whole country was excited by opportunities brought about by China’s open economy.

Other popular icons of sang culture include foreign mascots such as Bojack Horseman, from Netflix’s animated TV series of the same name, and Pepe the Frog. A Japanese cartoon character “Mr. Gudemata,” which is a limpid egg yolk, has also become one of the most popular emojis shared on Chinese social media.

But, the roots of sang culture can be traced to something a little happier. It evolved from of the once-prominent notion of “Xiao Que Xing,” which can be loosely translated as the pursuit of little but certain happiness. Borrowed from Japanese writer Haruki Murakami’s essay collection “Afternoon in the Islets of Langerhans,” the phrase advocates the importance of finding and enjoying the fleeting moments of happiness that can be easily missed, such as a peaceful moment under the morning sun.

The notion of Xiao Que Xing started becoming popular in 2013. It marked a turning point in China’s public discourse, which has gradually gone silent after a few years of vigorous debates on cultural and social issues, enabled by the rise of social media services such as twitter-like Sina Weibo.

Online discussions led by opinion leaders started to grow louder from 2010, underlining a positive attitude toward public participation. The popular view at the time was that higher levels of public engagement and constructive social criticism on open internet platforms could help enhance citizen’s awareness and push forward social reform. One online commentator captured the thinking of the time as follows: “Being concerned is power, onlookers can change China.”

But, the tide of public discussion has reversed in recent years and many opinion leaders have retreated from the limelight or switched to profit-making content businesses.

The media industry has also undergone profound changes over the period, amid the fall of traditional print media and the rise of individual content providers on social media platforms. Unlike traditional media that focuses on socioeconomic issues, content producers on social media have shied away from discussing public affairs to avoid censorship and attract stable advertising revenues.

The rise of a new generation of internet celebrities, or “wanghong,” who lack a distinctive personal voice or cause like their predecessors, have also put an end of serious debate.

The notion of Xiao Que Xing now reflects the social psyche in circumstances where one focuses on the little joys of life, while being ignorant of the bigger social issues.

The sang culture adds a sense of despair to this and is a way of empathizing with growing public anxiety. Discussions on anxiety have become one of the few topics that have been shared by different groups of people, from those born in the 1970s, and are now undergoing a midlife crisis, to millennials who are upset by societal pressures and unmet expectations.

Middle class families also are rattled by news such as reports about children being abused in high-end kindergartens, reminding them that their affluent lives don’t make them immune to problems. Meanwhile, low-income families and migrant workers living in the periphery are struggling to secure a stable and affordable life in cities that are threatening to pull the welcome mat from underneath their feet.

The spirit of Sang emerged from the shadows in the summer of 2016 and has continued throughout 2017. The dispirited emotion it represents may last for a while.

Over the past decades, the space for public discussion in China has expanded and contracted in waves. There was great relief at the end of the Cultural Revolution in the late 1970s, followed by upbeat anticipation fueled by the reform process in the 1980s and a short period of silence in the 1990s. Continued social liberalization and a booming economy have created great possibilities and diversity in society. Despite having fresh ideas such as the sharing economy and the rise of entrepreneurship, the lack of market liberalization still restrains future growth.

When social progress stalls, it is natural for a sense of despondency to rise. If the dispirited mood deepens, the entire society will have adopted an “aged mindset.”

There are still efforts being made on and off by individuals trying to stir a public debate and voice different ideas. But whether such efforts can make a positive change and motivate society remains in question.