Faces of Our Times: How One Photographer Captured China’s Artistic Renaissance 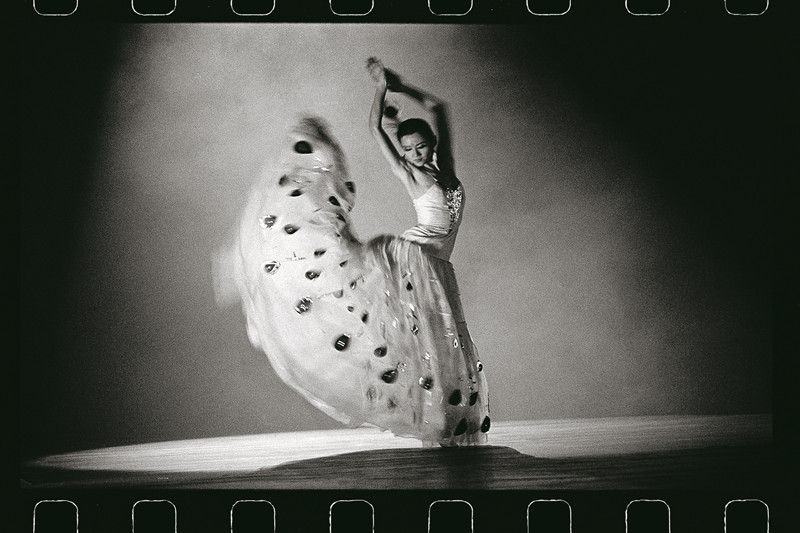 A portrait of a young woman dancing on the Great Wall with the wind rippling through her white garment has become a cultural icon in China, capturing the spirit of artistic freedom in the 1980s when the country emerged from decades of self-imposed isolation.

The dancer portrayed was choreographer Yang Liping and she was posing for Xiao Quan, who has since been called “the Henri Cartier-Bresson of China,” after the French photographer who pioneered the art of the candid portrait.

“She was wearing nothing but a white bed sheet wrapped around her body, and the wind was blowing so hard that she almost fell off the wall,” Xiao said in a September interview with the magazine The Eye of Photography.

Xiao, 58, is best known for his body of work titled “Our Generation,” which includes hundreds of black-and-white portraits of pioneering artists, including China’s first rock star Cui Jian, film director Zhang Yimou, known for award-winning works including Red Sorghum and Hero, and Tan Dun, the first Chinese composer to win an Oscar in 2012. Xiao travelled across the country in the late 1980s and 1990s, documenting these trailblazers, long before they were in the limelight, when they were still taking their baby steps into experimental art.

His work that captures the artistic renaissance in China after the Cultural Revolution is now on display at the Beijing Minsheng Art Museum. The exhibition runs until the end of May.

Xiao picked up the camera in 1984, after two decades in the military, serving as a naval officer. China had just opened its doors under Deng Xiaoping and Xiao’s photography captured the experience of artists who transitioned from “worshiping Soviet culture to seeking spiritual guidance from philosophers such as Nietzsche, Schopenhauer and Jean-Paul Sartre, from singing revolutionary songs to appreciating Bach, Mozart and Chopin,” wrote art critic Lu Peng, in an introduction to Xiao’s work published in 2014 titled “Our Generation — The Contexts and Portraits of History.”

It was a time of unprecedented change, when the country was rising from the ashes of the Cultural Revolution. Born in 1959, Xiao was seven years old when this tumultuous period of political and economic upheaval began, when artists and writers had to adhere to strict ideological controls set by the ruling Communist party. Western films, music and works of art were banned and it was risky to buy them in the black market. When this iron grip eased, artists didn’t waste much time before reviving some of the modern literary, painting and musical movements that had gone underground.

Xiao gravitated toward documenting these groups after being influenced by a prominent poet and literary critic Ouyang Jianghe from his native Sichuan province. “It was Ouyang, who first told me about French New Wave films and Western modern plays such as Waiting for Godot and I was astonished,” Xiao told Caixin. “People at the time had little (knowledge about film art), except for the revolutionary dramas and war films from North Korea, Albania and Yugoslavia.”

The turning point in Xiao’s career came in 1988, when he saw a portrait photo of American poet Ezra Pound in a poetry magazine. It showed the poet in a suit and a hat walking along a road, but it shocked Xiao by its plain and realistic expression. “I felt I heard a calling that said I should take more photos just like that one, which touches people,” said Xiao.

Among Xiao’s earliest portraits was one of Gu Cheng and his wife Xie Hua, both poets, sitting by a window at Chengdu’s Garden Hotel in 1986. Gu, a prominent member of the Chinese poetry movement known as the “misty poets,” committed suicide after killing his wife seven years later in New Zealand, where the couple were living in exile.

Xiao’s photo of influential journalist San Mao sitting casually in an ally in Chengdu and James Joyce Award-winning novelist Yu Hua standing at a bus stop on a quiet Beijing street in 1992 were seen by critics as groundbreaking work that paved the way for a new era in portrait photography in China.

“What the generation of people I documented have in common is that they all felt an awakening of a consciousness about the world and a regaining of curiosity for everything,” said Xiao. For example, San Mao inspired generations of young Chinese women to travel, with her writing from the Middle East and Africa.

“We have lived in the same time and space and were chiseled by the same social currents,” said Xiao, when asked why he chose to name his seminal work “Our Generation.”

When Xiao first completed the “Our Generation” series in 1996, he set an ambitious goal of photographing the same people a decade later. But Xiao has delayed starting the project, because he says he isn’t “brave enough” to face the changes time has brought forth. “When I first photographed these artists, they were in the first flush of youth,” he said.

“Our generation depicts a portrait of history, which consists of many individuals who had laughed, cried, yearned and despaired,” said Xiao. “They tried to change themselves and the world through their poems, novels, films and dance. Together, they created an era.”

Wu Fei is a culture critic.