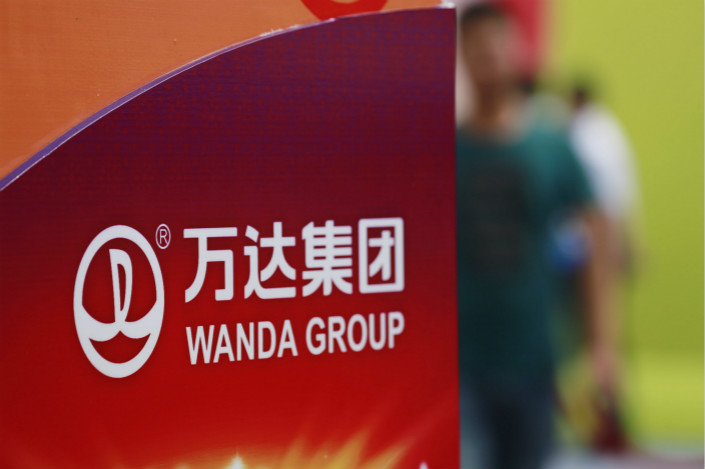 Wanda dipped its toes into China’s overcrowded e-commerce sector a few years ago, but has never turned a profit since it was unable to wrestle market share off established giants such as Alibaba and JD.com. Photo: Visual China

Chinese real estate and entertainment giant Wanda Group is making massive layoffs at its internet unit, according to sources and company documents.

By Friday morning, more than 80% of workers from its “smart life” department had been told to leave the company, said Tao Liujun, an employee from the department. Wanda Internet plans to slash its current staff of 6,000 to 300, the Shanghai-based news outlet The Paper reported. But no deadline for the cuts was reported, and it isn’t clear how many have been fired so far.

A Wanda spokesperson said The Paper’s figure was incorrect, and a reorganization at the unit is ongoing.

A person who left Wanda Internet two weeks ago told Caixin that the human resources representative forced to him to resign on the same day he was informed. He was told to sign a termination contract and an agreement that said he quit voluntarily.

The Shanghai news outlet published a copy of the voluntary resignation letter that employees are being told to sign. The company can avoid hefty compensation claims linked to abrupt dismissal if employees sign forms showing they resigned voluntarily.

Wanda dipped its toes into China’s overcrowded e-commerce sector a few years ago, but has never turned a profit since it was unable to wrestle market share off established giants such as Alibaba and JD.com. Wanda Internet has suffered “great losses,” a company employee, who asked not to be identified, told Caixin.

Wanda Internet has also been in talks to launch IBM’s cloud computing service in China. A Wanda employee told Caixin that the IBM project “was going on normally.” An IBM representative declined to comment on Wanda’s current situation, but said it remained determined to put down roots in China’s cloud computing market.

Besides compensation, some Wanda employees have also asked for an annual bonus, equivalent to four months of salary, as promised in their contracts if they’ve worked for a full year. The company rejected the request and immediately shut down their accounts on internal communication platforms and removed them from the attendance system, said Tao.

Another Wanda Internet employee said the layoffs will continue after the New Year holiday.

This story has been updated to include comment from the company and remove suggestions on that Wanda’s layoffs may signal the closure of its internet unit.