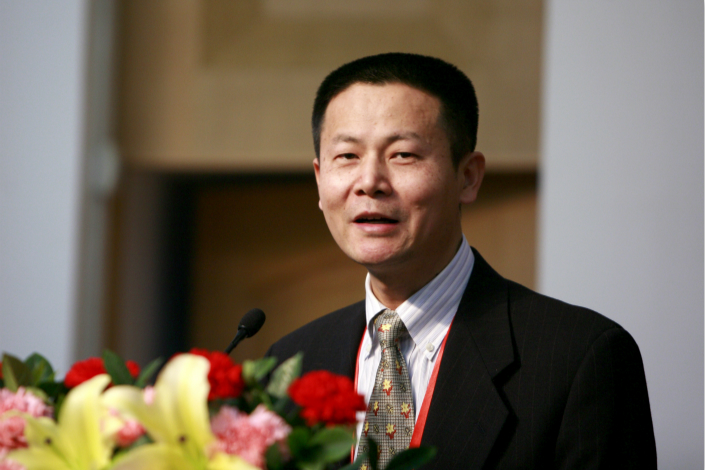 The China Securities Regulatory Commission, which is responsible for appointing the head of the stock exchange, hasn’t made an announcement about Wu Qing’s official position. Photo: Visual China

Wu Qing, the chairman of the Shanghai Stock Exchange, appears likely to take on a role in the Shanghai municipal government after he showed up as a member of a committee made up exclusively of the city’s top leaders.

Wu, 53, attended a general assembly of the city government’s officials as a member of the “leading party members’ group,” the city’s official Jiefang Daily reported on Wednesday.

Membership of that particular group is a strong indication that Wu will join the municipal government. The group consists of only the mayor, vice mayors and general secretary of the Shanghai municipal government. It remains unclear which role Wu might take, but the city’s legislature will have to approve his appointment to make it official.

The China Securities Regulatory Commission (CSRC), which is responsible for appointing the head of the stock exchange, hasn’t made an announcement about Wu’s official position.

The Shanghai Stock Exchange could not be reached for comment on Wednesday.

Wu made a name for himself as a heavy-handed securities regulator when he was in charge of the CSRC department that oversaw investment funds. In that position, he cleaned up financial misdeeds conducted by fund managers in 2004. After building up his regional government experience for six years as head of Shanghai’s Hongkou district, Wu was appointed chief of the Shanghai Stock Exchange in May 2016.