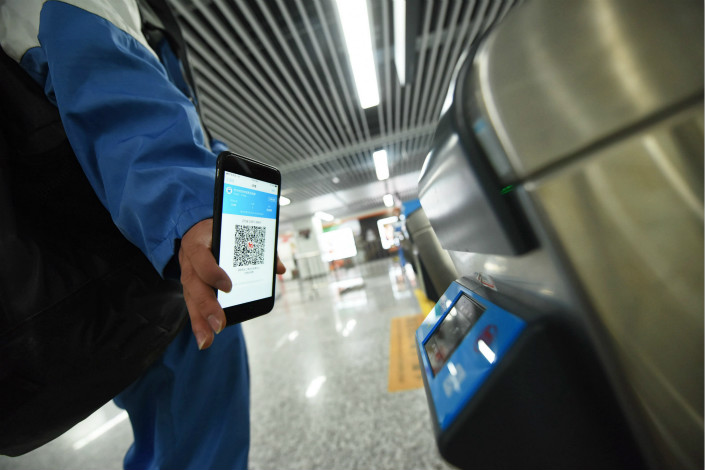 Ant Financial Services Group, which operates Alipay, China’s top third-party payment service provider, apologized Wednesday for automatically enrolling users into its credit-rating system in the wave of a backlash from the public as well as the central bank.

Earlier this week, Alipay added a new feature to its year-end electronic billing service that allows Zhima Credit to access the user to access shopping and payment history on the app unless they opt out.

The move elicited a strong outcry from the public, saying the company was improperly gathering personal consumption data. The People’s Bank of China on Wednesday also told Alipay to apologize and correct the situation, Caixin learned.

Ant Financial said in its official social media account late Wednesday the default setting was reversed so that users now are opted out of the credit system unless they specifically elect to be included. The company said the previous default feature was well-intentioned but “carried out extremely stupidly.”

The wave of criticism, in part triggered by a statement posted by Beijing Yuucheng Law Firm, highlights increasing public awareness and concerns over the information privacy policy of technology giants like Alibaba Group Holding Ltd. and Tencent Holdings Ltd.

Tencent denied earlier this week that it was storing users’ chat histories after a high-profile entrepreneur questioned whether it was keeping tabs on private conversations.

“In China, most personal data are collected for sales and trading purposes, and mostly without the consent of the individuals themselves. Many people aren’t even aware of the risks too,” said Lai Han, Greater China manager of KrolLDiscovery, a consultancy specialized in technology infrastructure and data recovery.

A senior lawyer told Caixin that if a similar case happens in the U.S. or Hong Kong, the company could have faced “big trouble” for alleged invasion of privacy.

“But apparently, mainland internet companies are taking little account of the compliance risks,” the lawyer said.

The U.S. Consumer Financial Protection Bureau ordered credit reporting agencies TransUnion and Equifax Inc. to pay more than $23.2 million in fines and restitution in January 2017 for deceiving consumers about the usefulness and the cost of credit scores they bought.