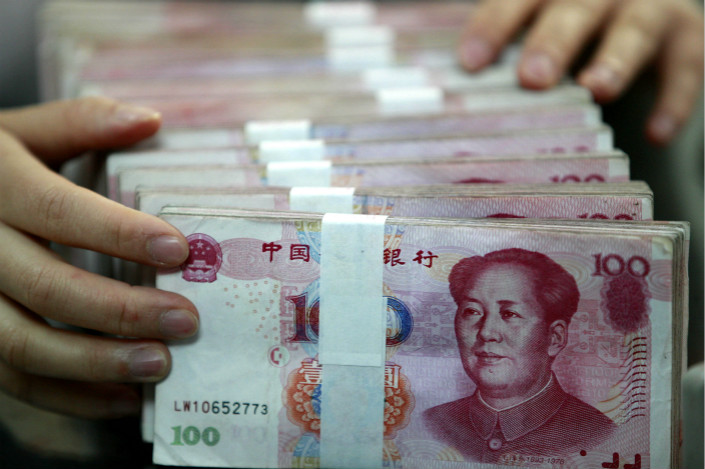 The use of the yuan in cross-border payments has fallen in recent years as fears of depreciation and capital controls limited the use of the currency. Photo: IC

The central bank has removed more limits on cross-border flows of the yuan.

Overseas salaries can now be paid in China’s national currency and foreign companies can use the yuan to participate in the domestic carbon-trading market, according to a document released by the People’s Bank of China (PBOC) on Friday. The measures are effective immediately.

The central bank also clarified that onshore companies that issue bonds or stock in yuan overseas can transfer those funds back to China “depending on their actual needs.”

The document seeks to encourage foreign investors to use the yuan in their direct investment by removing limits for opening accounts and use of funds. It also ordered Chinese banks to allow foreign companies to freely repatriate their yuan-denominated profits and dividends as well as other investment income.

“The yuan can be used by companies for all cross-border business that can be settled with foreign exchange,” the central bank emphasized.

The PBOC also asked banks make it easier for individuals to move their legitimate income across the border. For instance, banks should help foreign individuals transfer their yuan-denominated income offshore and meet the demand from workers involved in the Belt and Road initiative to have their wages and social welfare settled in yuan and remit their earnings back to the country.

Many Chinese companies that have expanded their operations in countries along the Belt and Road have also brought with them a large number of workers, whose wages have so far been paid in U.S. dollars, Wang Youxin, a researcher at the international finance department at the Bank of China, told Caixin.

Previously, the internationalization of the yuan has been pushed primarily by corporate use of the currency. In 2005, Hong Kong and Macau led the way for individual cross-border transfers of the yuan by allowing their own residents to send up to 80,000 yuan ($12,300) daily to an account on the mainland under the same name.

On June 11, 2014, the PBOC allowed domestic banks to settle individual cross-border transactions for goods and services in yuan. Then beginning in 2015, free trade zones in Shanghai, Tianjin, Fujian and Guangdong allowed cross-border payments including individual income from salaries and investment to be settled in yuan.

In addition to supporting the Belt and Road initiative, the move is also beneficial to the offshore yuan market, said Jack Yang, head of the RMB Business Division at Bank of China (Hong Kong), a subsidiary of the Bank of China.

As Hong Kong Alipay can only be connected to a Hong Kong dollar account, residents must convert their money to yuan before making purchases on mainland platforms such as Taobao, said Yang. It would be much more convenient for them to use their yuan accounts, which many of them already have, he added.

The use of the yuan in cross-border payments has fallen in recent years as fears of depreciation and capital controls limited the use of the currency.

The yuan was the sixth most used currency worldwide as of November last year, representing 1.75% of all domestic and international payments, down from the fifth spot in 2015, according to the latest figures from the Society for Worldwide Interbank Financial Telecommunications (SWIFT).

The Chinese currency had placed fourth in August 2015, before its sudden devaluation, with a 2.8% share, SWIFT said.