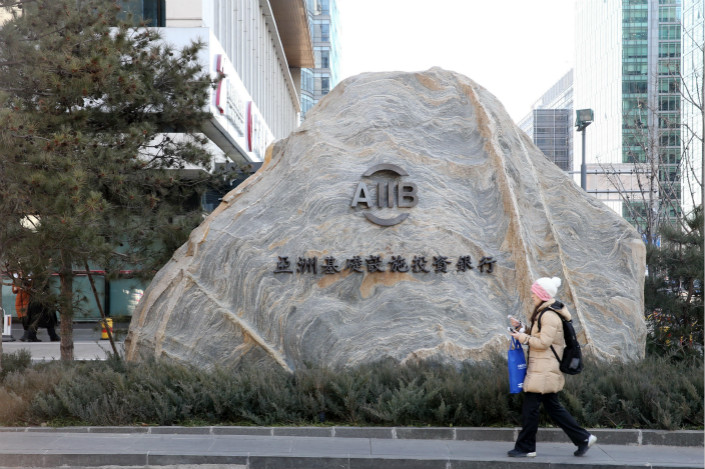 The earliest that the Asian Infrastructure Investment Bank (AIIB) will sell its first U.S.-dollar-denominated bonds will be about midyear because certain procedures will take time, such as the Board of Governors’ approval of AIIB’s 2017 financial statements. Photo: Visual China

The China-backed Asian Infrastructure Investment Bank (AIIB) may sell its first U.S.-dollar-denominated bonds to raise at least $1 billion as soon as by the end of June.

The earliest issuance window will be “toward the end of the first half of 2018” because certain procedures will take time, such as the Board of Governors’ approval of AIIB’s 2017 financial statements as well as borrowing and swap documentation, the official Xinhua News Agency reported on Sunday, citing a statement from Soren Elbech, the Beijing-based bank’s treasurer.

Depending on investors’ appetite, the maturity of the bonds will be between three and five years, Elbech said, adding that the bank expects demand to be strong. He added that the bank plans to limit its total borrowing this year to $3 billion.

The multilateral development bank, which now has 84 members, has long wanted to sell bonds to international investors, but was constrained by the lack of a credit rating.

Moody’s Investors Service became the first international credit ratings firm to assign the lender a ranking, awarding its highest rating of Aaa in June, on a par with the World Bank and the Asian Development Bank (ADB) and reflecting its view that the bank’s debt will be of the highest quality and carry minimal risk.

Elbech told Caixin in June that the AIIB aimed to build up its reputation in the dollar-denominated bond market as it mainly uses the greenback in its lending operations.

The bank, which was set up by China to provide funding for infrastructure investment mainly in Asia, was officially launched in 2015 with $100 billion of authorized share capital, and formal operations began in 2016. Its paid-in capital totaled $18.6 billion at the end of September, according to the bank’s latest financial statements.