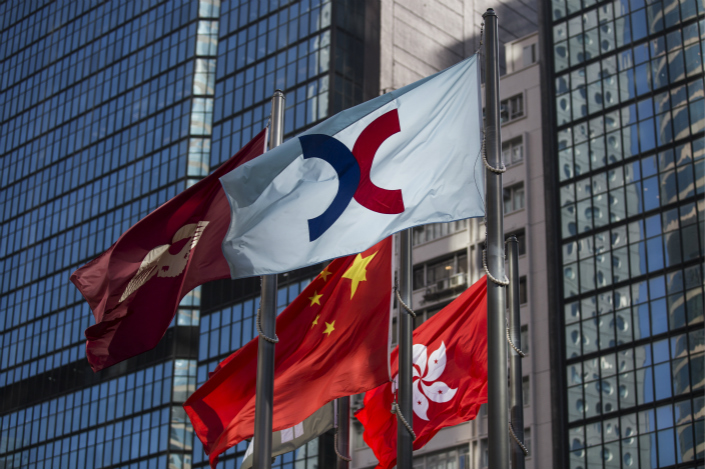 The Hong Kong Stock Exchange's plan to allow companies with multiple classes of shares to list on the bourse is accompanied by proposed measures aimed at attracting new-economy companies. Photo: Visual China

After Alibaba Group Holding Ltd. rejected Hong Kong and instead chose to conduct its record-breaking initial public offering (IPO) in the U.S. in 2014, Hong Kong Stock Exchange chief Charles Li was determined not to let another giant technology listing get away.

The Hong Kong Stock Exchange announced plans that year to consider implementing a “dual-class share system,” which would allow listed companies to issue different types of shares that correspond with different voting rights. Such a move is a break with the usual idea that shareholders holding stakes of the same size should be entitled to the same number of votes.

Those plans were never realized due to widespread disagreement among regulators and market participants.

Now, a few years later, the debate has been reignited. In mid-December, the Hong Kong Stock Exchange announced its intention to allow companies that issue multiple classes of shares to list in Hong Kong, starting in the second half of 2018.

This time, the dual-class share plan is accompanied by a number of proposed measures aimed at attracting new-economy companies to Hong Kong, which has long suffered from a lack of diversity in its finance- and real-estate-dominated stock market.

On Monday, Alibaba founder Jack Ma said he will now “definitely, seriously consider the Hong Kong market” after being invited by the city’s chief executive, Carrie Lam, to list there. The comment was made at a “fireside chat” event with Lam, Alibaba’s public relations representative said.

But there is still no consensus over whether allowing dual-class shares is the right thing for Hong Kong’s bourse.

The special administrative region’s Securities and Future Commission has now expressed its support for the plan, a shift from its ambivalence in 2014. However, other market participants say the plan could damage Hong Kong’s corporate-governance reputation and diminish its role as an international financial center by increasing its dependence on mainland capital.

Hong Kong has long suffered a shortage of listed companies from emerging sectors like science and technology.

As of the end of 2017, financial and real estate companies together accounted for over 60% of the total market value of the Hong Kong Stock Exchange, while mainland internet giant Tencent Holdings Ltd. accounted for 10%, according to figures from Hang Seng Indexes Co. Ltd., which provides the city with its benchmark index. All other technology companies listed in Hong Kong accounted in total for only 2%.

As a result of this lack of diversity, many international fund management companies prefer to track the MSCI China Index, which is less concentrated in traditional industries and has 42% of its market value in information technology companies.

“The MSCI China Index’s distribution (between industries) is more even,” Victoria Mio, the China chief investment officer of Robeco Group, told Caixin. If the Hang Seng Index were to include more high-quality, large-scale technology companies, it would be more representative, and fund managers would be more likely to choose it as a tracking index, Mio said.

The lack of high-growth new-economy businesses also partly explains why the valuation level of Hong Kong stocks has been relatively low for many years. As of the end of 2017, the price-earnings ratio of the Hong Kong stock market was 13.4. By comparison, those of the London, Nasdaq and Shenzhen stock exchange were all at least 30.

Allowing companies that offer different share classes to list in Hong Kong could attract more technology companies to list in the city because many capital-intensive science and technology startups use the system to make sure their founders keep their special rights even as they bring in more and more investors.

Although Alibaba issues only one class of shares, it has a partner system that gives partners special rights, which brought it into conflict with Hong Kong’s listing rules in 2014. As a result, the company chose instead to list on the New York Stock Exchange with a $21.8 billion IPO that was the largest ever conducted.

But while a change in Hong Kong’s rules could attract listings by technology “unicorns” — companies valued at $1 billion or higher — these mythical beasts could come at the expense of investor rights and the city’s corporate governance reputation, market participants say.

In response to the Hong Kong Stock Exchange’s December announcement, State Street Global Advisors said a dual-class share system could undermine two major functions of the old one-share-one-vote system: shareholders’ ability to speak out against decisions that could hurt their interests, and institutional investors’ ability to manage their assets.

Dual-class share systems are prohibited on stock exchanges in Germany, Australia, Britain, and the Chinese mainland. And while they are allowed in the U.S. and Canada, these countries put restrictions on equity transfers to ensure company executives do not abuse their voting rights. The Hong Kong Stock Exchange has said it will also place similar restrictions on companies offering different classes of shares.

Still, some think the planned rule change is shortsighted. The Asian Corporate Governance Association warned that large-scale IPOs are one-time events, and not linked to the long-term development of a stock exchange’s market value. At the same time, the Hong Kong Investment Funds Association cautions against a global “race to the bottom” in corporate governance as more and more markets around the world warm to dual-class share systems.

Aside from diversifying Hong Kong’s financial market, the latest proposed rule changes are also targeted specifically at new-economy companies from the Chinese mainland.

In addition to proposing accepting dual-class share structure, the Hong Kong Stock Exchange wants to loosen restrictions on China concepts stocks — companies that do a significant part of their business in China — that have already listed elsewhere in the world but wish to conduct a second IPO in Hong Kong.

There are currently 116 China concepts stocks listed in the U.S., according to statistics compiled by the Hong Kong Stock Exchange. Of these stocks’ total market value, 84% is concentrated in the 33 stocks that offer differentiated shares, adding up to $561 billion, equivalent to roughly 15% of the Hong Kong market’s total value. If these companies decide to also list in Hong Kong, this could mean a significant expansion of the special administrative region’s financial market.

If China concepts stocks already listed in the U.S. choose to also list in Hong Kong under the planned dual-class share system, Hong Kong’s fund management companies are likely to switch from their existing U.S. shareholdings to Hong Kong, assuming the valuation is comparable, Robeco Group CIO Mio said. Hong Kong-listed stocks will be traded in a more favorable time zone and currency for these firms, she said.

The potential influx of Chinese companies and capital worries the Hong Kong Financial Services Development Council, which fears that the city’s increasing reliance on the mainland could erode its status as an international financial center.

But Michael Wu, an analyst at Morningstar Investment Management Asia Ltd., said this was nothing to worry about. As a part of China, Hong Kong has long been economically reliant on the mainland, Wu said, and local businesses listing on a local exchange is a natural phenomenon.

It’s a delicate balance. The recognition Hong Kong receives from global investors is one of the reasons mainland companies are attracted to Hong Kong, Dick Kay, a partner at Deloitte, told Caixin. At the same time, Hong Kong relies on mainland businesses and funds for vitality, Kay said.