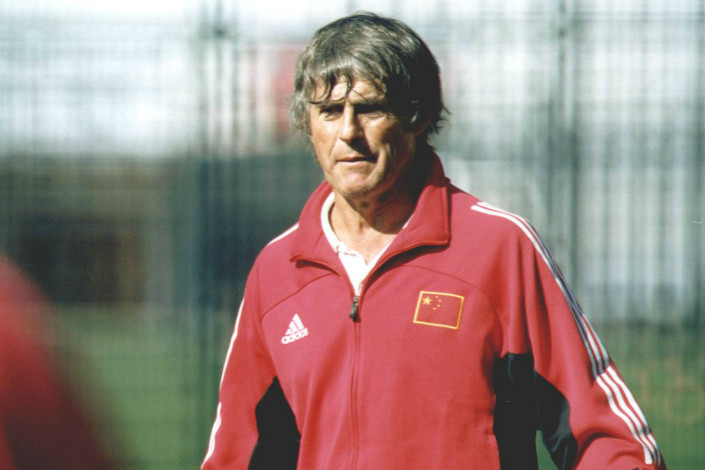 Milutinovic has taken five national teams to the World Cup — Mexico, Costa Rica, the United States, Nigeria, and China — as well as helping all of them except China into the finals. Photo: Visual China

Milutinovic led the Chinese men’s national soccer team through the FIFA qualifier series and into the World Cup for the first time in the team’s history in 2002.

In a statement on Thursday, the CFA said it hopes Milutinovic can use his experience with and knowledge of the Chinese soccer industry as an advantage, to help China improve its youth player training as well as finding new talent for the future.

Milutinovic acknowledged China’s efforts to build up its youth training system and said he is glad to see the CFA has placed so much importance on young players. Milutinovic also expressed his special feelings toward China, while the CFA called Milutinovic an “old friend.”

Milutinovic, 73, was born in present-day Serbia. After a career as a professional soccer player, he became a coach in 1977. In his coaching career, Milutinovic has taken five national teams to the World Cup — Mexico, Costa Rica, the United States, Nigeria, and China — as well as helping all of them except China into the finals.

The CFA has been seeking international help to improve youth training for some time. In November, with the support of the CFA, the German Football Association and a Chinese firm signed a contract on a cooperation framework. The framework aimed to introduce the German soccer system to China, which includes coach training, player selection and training, game leagues and a youth training system.

An industry insider close to the German Football Association told Caixin that the German soccer team was revived from its historic lows and won the World Cup in 2014 with the help of youth training systems, and that China hopes to copy that system as well as its success.