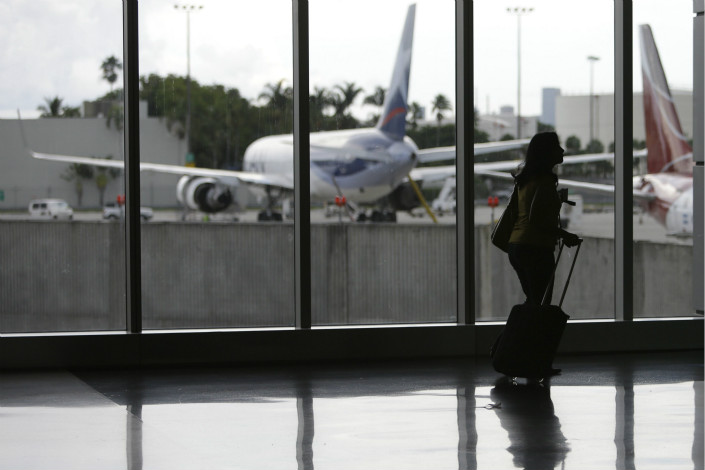 Within China, Shanghai and Beijing were by far the most popular destinations for business travelers according to the Ctrip report, finishing first and second, respectively. They were followed by the cities of Shenzhen and Guangzhou, both in the affluent southern province of Guangdong near Hong Kong, and the interior city of Chengdu. Photo: IC

China passed the U.S. to become the world’s largest market for business travel in 2016, fueled by a growing number of people taking to the skies and the country’s state-of-the-art high-speed rail network to conduct business in other cities.

Business travel in China was worth about $318 billion in 2016, up 9.2% from the previous year, according to a newly published report from Ctrip.com International Ltd., China’s leading online travel agent, which used data supplied by the Global Business Travel Association. That figure accounted for nearly a quarter of all business travel worldwide, with the amount spent in China expected to reach $434 billion by 2020, according to the report.

“Worldwide business travel spending reached $1.3 trillion in 2016, growing in line with global GDP growth and driving confidence among consumers and businesses,” the report said. “It has also led to more investment and development of the trade and manufacturing industries, which has undoubtedly brought more opportunities for business travel.”

China’s rapid rise in business travel mirrors the breakneck growth of its economy, which is now the world’s second largest behind only the U.S. That growth, much of it from a vibrant private sector, has spawned a new generation of companies that require frequent travel by their workers both domestically and abroad.

That explosive growth is reflected in China’s total business travel spending, which was up tenfold in 2016 compared with levels from the year 2000.

About three-quarters of business travel spending worldwide typically goes to plane and train tickets, with lodging accounting for the second-largest piece at about 20%. Within China, those factors have led to a huge increase in air traffic over the last two decades, and also the rapid rise of homegrown budget hotel operators led by names like Homeinns and Hanting.

China’s lodging industry experienced rapid growth in the first decade of the 21st century, as newly-minted domestic players and big international brands embarked on a major building spree. But that expansion has slowed in recent years, and the lodging industry posted just 4% growth last year to about 379 billion yuan ($57 billion), according to the Ctrip report.

Within China, Shanghai and Beijing were by far the most popular destinations for business travelers, finishing first and second, respectively. They were followed by the cities of Shenzhen and Guangzhou, both in the affluent southern province of Guangdong near Hong Kong, and the interior city of Chengdu.

Internationally, the Asian cities of Tokyo, Seoul and Singapore finished in the top three positions, respectively, followed by Paris and Frankfurt at fourth and fifth. The highest North American city on the list was San Francisco at 11th. “This shows that many Chinese people who travel for business are going to Asia. After Asia, other popular destinations are in Europe and the U.S.,” the report said.

Total business travel spending in the Asia-Pacific region reached $529 billion in 2016, meaning China accounted for 60% of the regional total. Japan accounted for the second largest piece with 12.3%, followed by South Korea with 6.3%.