Hotelier GreenTree to Branch Out With New York IPO: Source 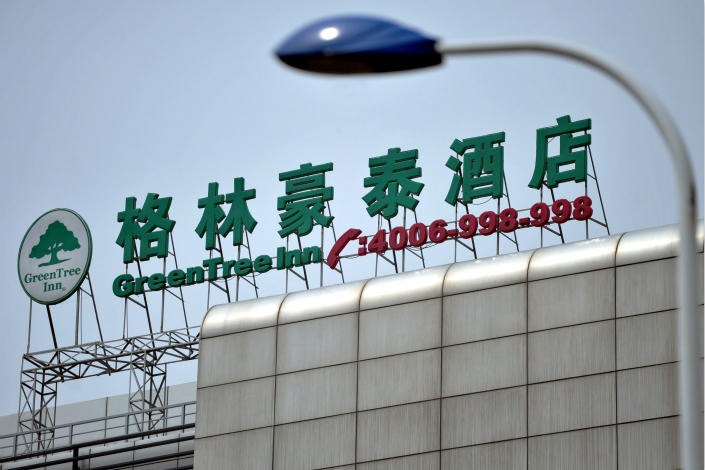 GreenTree Inns has launched the process for a New York IPO to raise up to $600 million, becoming the last major Chinese hotel operator to publicly list, a source with direct knowledge of the situation told Caixin.

The company has hired Morgan Stanley and Bank of America Merrill Lynch to underwrite the offering, with a timeline of listing in the second quarter of next year, said the source, speaking on condition of anonymity because the matter is still private. The listing could raise anywhere from $400 million to $600 million under current plans, he added.

GreenTree, which operates more than 2,600 hotels mostly in China and Southeast Asia, did not immediately respond to a request for comment on its plans.

China is one of the world’s largest hotel markets, fueled by a new generation of middle class Chinese who travel for both business and leisure. The market was worth 417 billion yuan ($63 billion) last year, up 10% from 2013, and is expected to grow another 3% next year, according to Euromonitor International.

All of the world’s top hotel companies have major presences in the market, which has also spawned a younger crop of local players that traditionally focused on the lower end but more recently have begun to move up market. Among the global players, only Marriott International Inc. is in the top 5, finishing third with 4.4% of the Chinese market, according to Euromonitor.

GreenTree is the fifth largest player, behind industry leader Jinjiang at No. 1 with 6.4% share, China Lodging Group in second with 4.8% share, and Beijing Tourism Group at fourth with 4.1%. All three of the other domestic leaders are already listed, though the only other one with a New York listing is China Lodging Group, which has a major equity tie-up with French industry giant Accor SA.

GreenTree’s listing would also become one of the latest among a recent wave of Chinese companies going public in the U.S. to take advantage of bullish sentiment. One of the biggest in that wave came last month, when online microlender Qudian Inc. raised $900 million with a listing on the New York Stock Exchange.