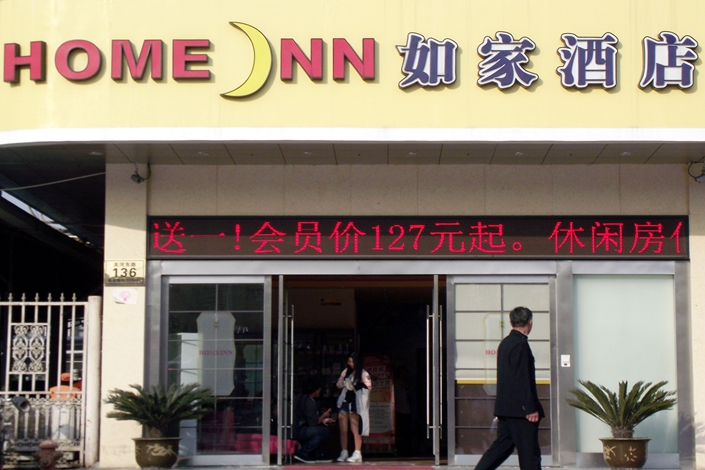 BTG Hotels, formed through the merger of BTG and Homeinns Co. Ltd., plans to double the number of its mid- and high-end hotels to about 1,000 by the end of 2018. Photo: IC

BTG aims to double its portfolio of higher-end properties by the end of next year, David Sun said on Tuesday.

The company has spent much of the last year integrating Homeinns Co. Ltd., which privatized from New York in 2015, into the Shanghai-listed BTG, which was a much smaller company before the merger. The deal created a company heavily focused on Homeinns’ traditional area in budget hotels, complementing BTG’s own focus as operator of some of China’s earliest high-end hotels, dating back to the 1980s.

The two companies have formally completed their integration, and now plan to embark on a major push into the mid- to high end of the sector now dominated by global brands like Marriott International Inc. and Hilton Worldwide Holdings Inc., said Sun, the former CEO of Homeinns who took over as head of the post-merger company.

Sun said that the merged company had 526 mid- to high end hotels at the end of 2016, but planned to raise that to about 1,000 by the end of next year. He added that by that time, such higher-end properties should account for about a third of the company’s business.

“Mid- and high-end hotels have developed in the last few years the way that budget hotels exploded in 2006 and 2007,” Sun said at an event on Tuesday to discuss the company’s post-merger development. “But mid- to high-end hotels have their own special qualities, especially in terms of necessary resources, which could become a bottleneck.”

The former Homeinns accounted for 85% of the merged company’s revenue and 97% of its profits in last year’s third quarter, according to one of its first reports as a merged entity. It has a current market value of 18.3 billion yuan ($2.66 billion), or nearly twice what it was worth at the time of its 2015 delisting from New York. Such higher valuations back in their home market were the primary factor that fueled a wave of similar privatizations by U.S.-listed Chinese firms in 2015.

In moving into the higher-end space, the new BTG could follow the example of rival China Lodging Group Ltd., which formed a major tie-up two years ago with French giant Accor SA, owner of the higher-end Novotel and Sofitel brands, said Liu Zhaohui, CEO of travel website Tripvivid.

“Besides their own brands, they should look at how they can join with some of the international high-end brands,” Liu said. She added that acquisition of domestic higher-end brands could also be an option, as exemplified by China Lodging’s purchase of a boutique hotel operator in February.