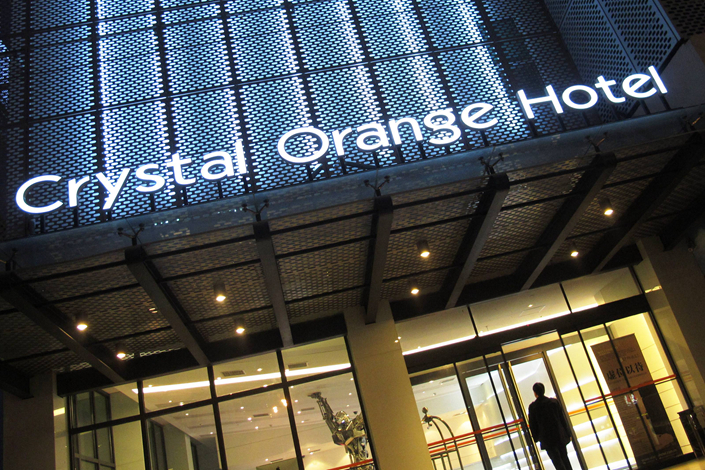 (Beijing) — China Lodging Group Ltd., one of the nation’s top hotel companies, said it has agreed to buy boutique hotel operator Crystal Orange for 3.65 billion yuan ($531 million) in the latest sign of consolidation in the fragmented industry.

Nasdaq-listed China Lodging has been among the country’s biggest consolidators of its sector, buying an array of smaller brands over the last five years to complement its core HanTing budget brand. Its latest purchase will give it Crystal Orange’s portfolio of more than 100 hotels located in first- and second-tier cities throughout China.

The company did not provide additional details in the Monday announcement, saying only that it will discuss its latest acquisition during an upcoming earnings call set for March 14.

China Lodging’s shares have doubled over the last year as it emerges as a major consolidator and leading player in its home market. Its stock rose 1.2% after announcing its plan to buy Crystal Orange.

China is one of the world’s largest hotel markets and has attracted most of the world’s biggest operators, including U.S. giant Marriott International Inc., Britain’s InterContinental Hotels Group PLC and France’s AccorHotels.

The market was growing at double-digit rates as recently as 2012. But growth has slowed sharply in the last two years as China’s economy slows and only reached 2.3% in 2014-2015, with a total value of about 400 billion yuan in 2015, according to data tracking firm Euromonitor.

Reflecting the fragmented state of the market, China Lodging and rival Homeinns Hotel & Management Co. Ltd. were the two leading players in 2015, but each controlled only about 4% of the market that year, according to Euromonitor. The other major local player is Shanghai Jin Jiang Holdings Co. Ltd., which became the market’s largest company last year when it bought a controlling stake of Plateno, creating a company with about 6% of the market.

China Lodging also has a major strategic relationship with Accor, and has master franchising rights to the French company’s lower-end Mercure and Ibis brands in China. As part of their tie-up, Accor, whose brands also include Sofitel and Pullman, currently owns about 11% of China Lodging.