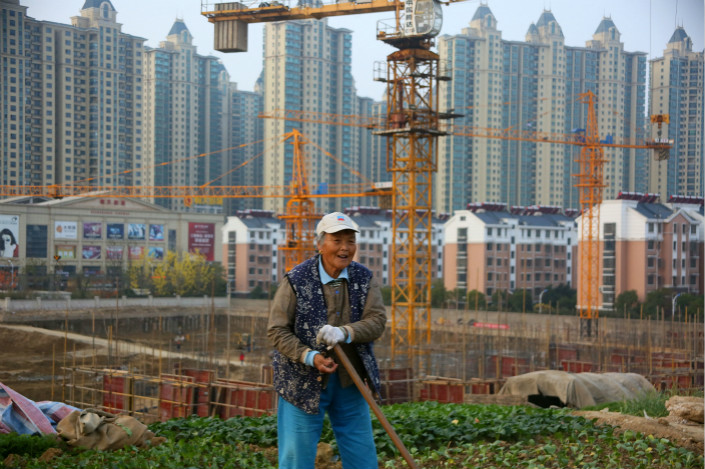 China will encourage the building of more rental housing projects on rural land plots that were previously designated for business operations, a bid to provide sufficient housing for local people, the official Xinhua News Agency reported, citing Land and Resources Minister Jiang Daming, who made the remarks at a working conference Monday.

Rural land allocated by local governments for business operations was traditionally closed to new home development in the past, said Yan Yuejin, chief analyst at E-House China. Thus the new comments could show the government wants to increase land available for rental housing, which President Xi Jinping listed as a key policy preference during a key economic meeting in December.

Thirteen cities, including Beijing and Shanghai, enrolled in a pilot program in August that allowed them to tap rural land owned collectively by villager committees for rental housing development.

Jiang also said China will consider policies to better protect and honor villagers’ rights over rural land designated for home construction, according to the Xinhua report. He said the ministry “will relax controls” on the use of such land to encourage development of tourism projects that could increase farmers’ income and boost rural economies, the report said.

However, he said, the government will not allow urban dwellers to purchase home-use land from villagers, and will firmly prohibit use of such land for construction of luxury mansions and private clubs, the report added. That shows the government wants to protect rural land-holders’ rights, even if they migrate to bigger cities, while also encouraging projects that can benefit the local economy, said E-House’s Yan.

Chinese villagers don’t actually own the land they farm or on which they build homes, and therefore have no rights to sell such land. Instead, all individual land plots are collectively owned by entire villages represented by a village committee. But residents still can exercise some control over the land they farm or live on by leasing those plots to firms or individuals who want to rent them for farming purposes or agriculture products processing.

So for now, the actual trading of such land remains impossible. Instead, the government is trying to give rural residents more leeway to determine how their land is used and enjoy more of the benefits from new developments on that land.