Property Developers’ Profits Spike in 2017, But Foundations Are Shaky 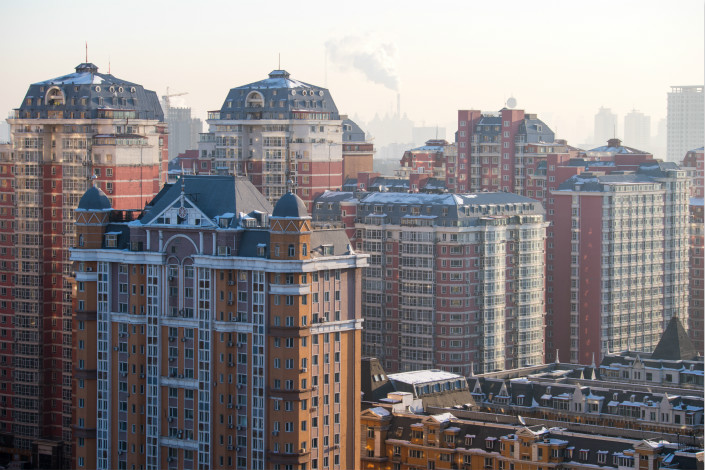 Tough property-market curbs appear to have had a limited effect on developers’ incomes, as at least 60 listed companies forecast either a growth in profits or a return to profitability in their annual reports, an industry consultancy said.

Sixty of the 82 tracked listed Chinese real estate firms projected a growth in net profits or a turnaround in 2017, according to an analytic report from real estate consultancy firm Centaline Property. Only eight companies anticipated that their profits will be in the red.

“Despite a cascade of government curbs on the real estate market, the business performance of most builders remains optimistic, and home sales measured in value and floor space terms both reached record highs last year, which helped with real estate profits,” Centaline chief analyst Zhang Dawei said in the report.

However, Zhang said, a liquidity crunch is looming for developers over the coming year, as the central authorities’ campaign to defuse financial risks and trim excessive leverage in the banking system has deepened, coupled with the fact that large amounts of corporate bonds issued by real estate firms are coming into maturity.

This tightening has already began in some key cities such as Shanghai, as the local banking regulator in China’s financial hub has ordered commercial banks to tighten control over lending for acquisitions in the property sector, as part of the country’s efforts to contain housing market bubbles and financial risks.

Real estate firms will have outstanding bonds with a principal value totaling 161.3 billion yuan in 2018, 2.3 times higher than in 2017, according to a report from Jiang Chao, chief economist at Haitong Securities. This figure will reach 280 billion yuan in 2019, Jiang wrote.

Jiang Chao warned that investors and regulatory bodies should pay close attention to liquidity risks among real estate firms as “pressure derived from bonds hitting maturity is huge. If the refinancing channels are restrained, (default) risks will be pushed up even higher.”