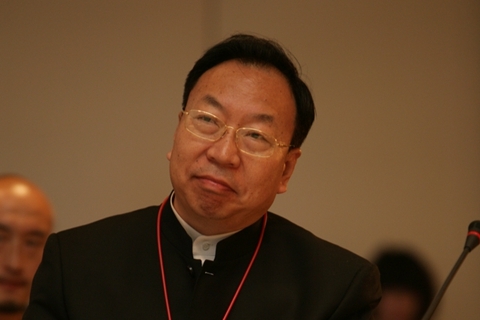 “The private sector is susceptible to financing barriers that include policy and institutional barriers,” said Sun Hengchao, chairman of Baota Petrochemical Group’s board of directors, in an interview with Caixin during the 2018 annual meeting of the World Economic Forum in Davos.

Sun said that private companies face two major difficulties in financing. First, private and state-owned enterprises (SOEs) are treated differently by banks over loan requests. Loans for SOEs are issued according to their credit ratings, while private entities, big or small, have to use their equity or assets as collateral for a loan. “In that case, private enterprises are at a disadvantage compared with their state-owned competitors,” he said.

Second, the comparatively inferior quality of assets is another obstacle. Private companies need funds for their gradual expansion. In Sun’s opinion, private companies face a chicken-and-egg dilemma: “Growing a company requires funds, but banks prefer to extend credit to companies that already have considerable assets.”

Sun believes that the problem in this case is that without assets, private enterprises cannot get loans, which in turn results in the failure to accumulate assets.

Sun added that private companies need to strike a balance between debt increase and business expansion. A company’s potential to acquire more market share will be limited if it never borrows and relies only on its initial capital, but overleveraging can lead to other risks. This calls for management to make wise decisions on internal capital flow and maintain a proper debt ratio for expansion, Sun said.

In addition, Sun said, one should judge entrepreneurs by their companies’ social impact. The bankruptcy of a company does not define an entrepreneur.

Bankruptcy might happen during reinvention and it may be the result of industrial evolution or due to adjustments in the market, technology, products, or national industrial strategy. However, the bankrupt company once performed its social responsibility, for which the entrepreneur deserves some credit, Sun said.

He said that regardless of whether they are running a big or small company, entrepreneurs deserve respect as long as they never stop pursuing their dream and are trying to become better people and make a contribution to society in their careers.