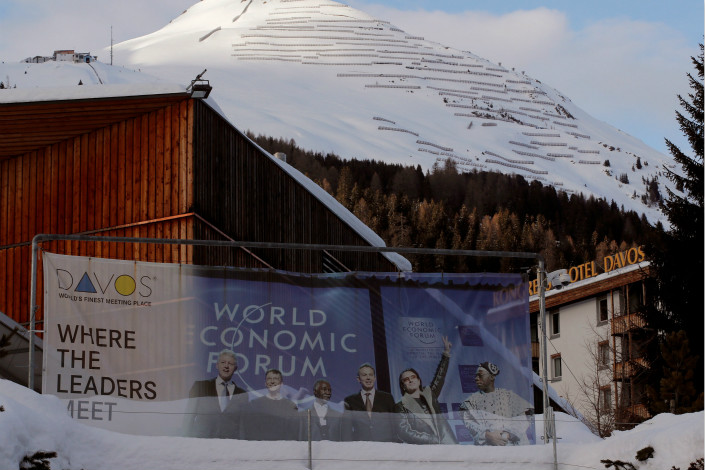 Sixty heads of state or government have confirmed they will attend the World Economic Forum’s Annual Meeting in Davos, Switzerland, next week. China will send Liu He — one of the 25 members of the country’s Politburo. Photo: Visual China

A member of China’s Politburo, the country’s top leadership committee, will attend the World Economic Forum (WEF) Annual Meeting, according to a Ministry of Foreign Affairs spokesman.

Liu He — one of the 25 members of the committee, formally known as the Political Bureau of the Communist Party of China — will attend the meeting in Davos, Switzerland from Monday to Jan. 25. He will be the highest-ranking Chinese official at the event.

Liu also serves as general office director of the Central Leading Group for Financial and Economic Affairs, and vice minister and leading party members group deputy secretary of the National Development and Reform Commission, according to the official Xinhua News Agency.

China has attached great importance to the WEF, sending high-profile officials to attend past forums, according to David Aikman, new head of China Office of WEF.

“All parties are highly interested in what he is going to say during the speeches, and may want to communicate with him,” Aikman said.

Observers will be keen to hear Liu’s inside perspective on the Chinese economy, and what China’s economic and diplomatic polices could mean to the outside world, Aikman said.

Government leaders from about 60 countries will participate in the 2018 economic forum in Davos, to be held Jan. 23-26. U.S. President Donald Trump, British Prime Minister Theresa May, and French President Emmanuel Macron have confirmed they will attend.

Liu, born in 1952 in Changli, Hebei province, began his first job in 1969 and joined the Communist Party of China in 1976, according to Xinhua. He holds a Master of Economics degree and a Master of Public Administration degree from Renmin University of China.