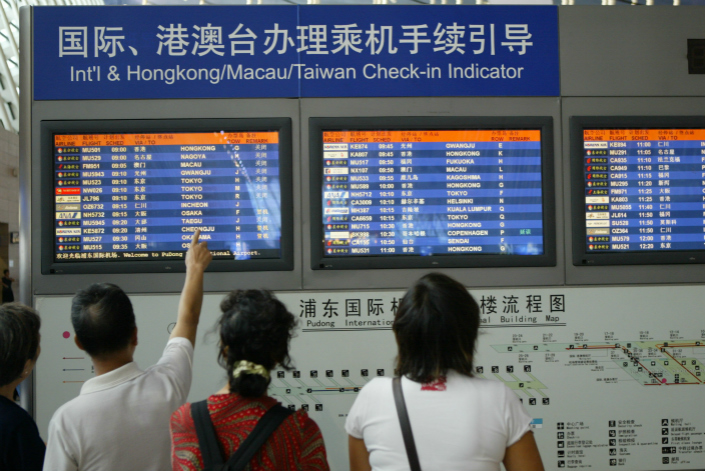 The Civil Aviation Administration of China has demanded an apology from U.S. carrier Delta Air Lines Inc., which had listed Taiwan and Tibet as countries on its website. Delta quickly responded with an apology. Photo: IC

China’s aviation ministry has issued orders for all foreign airlines to check their websites for any listings of Taiwan, Hong Kong, Macau or Tibet as “countries,” and rectify the listings if necessary.

The warning comes after global hotel giant Marriott International Inc. made headlines last week after its website was found to refer to those Chinese territories as countries in a recent customer survey.

Marriott apologized, but was ordered by the country’s tourism regulator to suspend its Chinese website for a week.

On Friday, the Civil Aviation Administration of China demanded an apology from U.S. carrier Delta Air Lines Inc., which was found to have listed Taiwan and Tibet as countries on its website.

Delta quickly responded with an apology letter, saying it realized the seriousness of the problem and has taken immediate steps to resolve it.

“As one of our most important markets, we are fully committed to China and to our Chinese customers,” the letter said.

Over the weekend, the ministry said in a statement that it “will keep a constant eye out and take further legal measures to deal with those (firms) that don’t meet requirements.”

Chinese internet users expressed anger online about the lack of political sensitivity from Marriott and Delta.

“To only rely on netizens is far from enough. Relevant authorities should take action … as national sovereignty can never be undermined,” wrote microblog user Jibo51, mirroring sentiments from many others. “If they don’t want to do business in China, just kick them out.”

International fashion brand Zara and Irish medical-equipment maker Medtronic PLC were ordered by the internet regulator in Shanghai to update their websites after they were also found to have referred to Taiwan as a country.

The two companies said they will comply with the request and also issued public apologies.