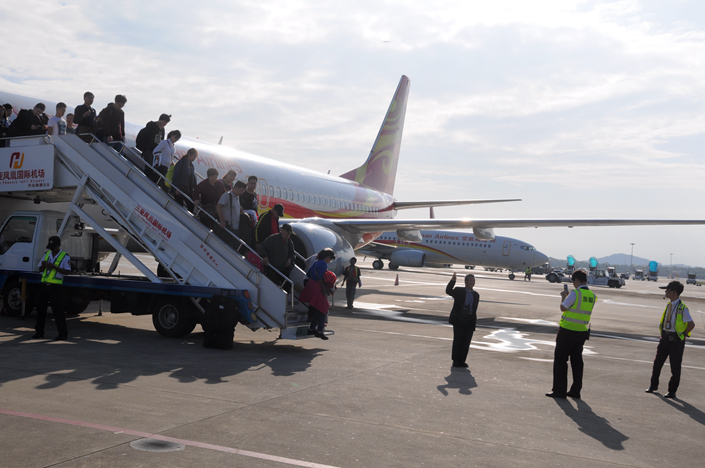 The most-recent relaxation of rules for the pricing of plane tickets will add another 306 routes to the list of 677 that airlines were already allowed to set their own prices for. Photo: Wu Gang/Caixin

Travelers may soon have to pay more for flights on China’s major routes, as the central government pushes forward the industry’s “marketization.”

A document issued on Friday by the Civil Aviation Administration of China (CAAC) and the National Development and Reform Commission (NDRC) gives airlines more freedom to set prices on some of the country’s busiest air routes.

Flight ticket pricing has long been a “government guided system,” with tickets for most long-distance or inter-province flights having their cost set by the authorities.

The new rules mark the aviation regulator’s latest effort to create a market-led system, which kicked off in a major way in 2016 when the CAAC allowed airlines to set their prices on routes that were either less than 800 kilometers (497 miles) in length or in competition with “ground transportation,” such as high-speed railways.

“The relaxation this time is clearly larger,” said industry analyst Lin Zhijie, adding that the new rule also includes routes longer than 800 kilometers, which are not considered to be in competition with high-speed rail, such as the route between the capital and Shanghai or Guangzhou.

The new rule will add another 306 routes to the list of 677 that airlines were already allowed to set their own prices on.

Industry experts have said that the new rule will further boost the bottom lines of the country’s airlines, whose revenues have increased due to demand from the burgeoning middle class.

“As most of these routes between first-tier cities are already in very high demand, the new rule means that prices will definitely increase,” Lin said.

However, the new rule still maintains some limitations on airlines, including a 10% per quarter limit on ticket price hikes.

Qi Qi, an industry expert from the Guangzhou Civil Aviation College, told Caixin that he thinks the air industry will eventually move toward greater price liberalization.

“The NDRC and CAAC setting the price is actually a legacy of the planned economy, but as reforms deepen, we can expect more marketization in the near future,” he said.