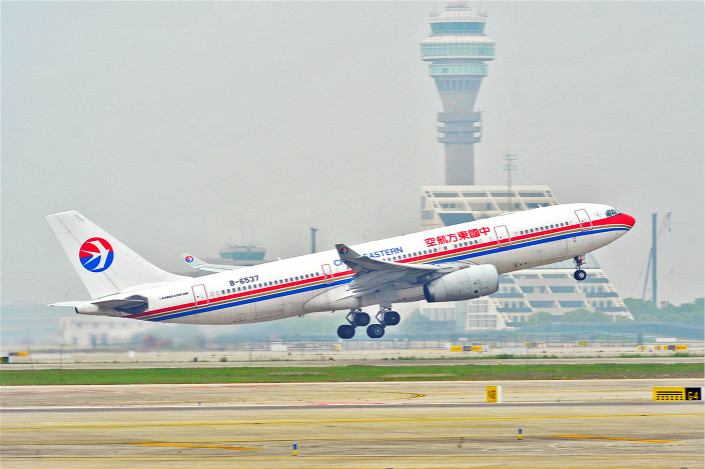 The design deal follows years of negotiations between China and the United States, as Beijing has taken strides to develop its own aircraft and break the dominance of Western counterparts on the industry. Photo: Visual China

China and the U.S said they have reached an agreement to recognize each other’s aircraft product-safety systems.

The move reflects Beijing’s success in upgrading its regulatory standards, which could also give the country’s nascent air industry a boost.

The deal comes after years of negotiations between the two countries, and as Beijing has made efforts to develop its own industry and break the dominance of its western counterparts.

The agreement will allow both the FAA and the CAAC to submit applications for validation for all categories of aviation products.

“The deal is significant at least symbolically, which means that the Chinese regulatory standard is now elevated to the global standard,” said Lin Zhijie, an industry analyst and columnist. “This is good news for domestically made aircraft like the C919 to compete on the global stage.”

The narrow-body C919, which took its maiden flight earlier this year, is the country’s first homegrown passenger jet and a source of pride in China, as it is expected to compete with Boeing Co. and Airbus SAS. Stated-owned Commercial Aircraft Corp. of China (COMAC), the maker of the C919, said last month it has landed 130 new orders, bringing the total to 730.

But the jetliner is still undergoing a series of tests and inspections before it gets cleared to transport passengers.

Experts said the aviation agreement will give the C919 an advantage, but that it could struggle to break into the U.S. market, given the dominance of Boeing’s 737 and 737MAX and Airbus’s A320 and A320neo families.

“While the C919 has indeed proven to be a huge success in China, it will likely take the next generation of airplane from COMAC to really be able to break the stranglehold of Airbus and Boeing,” said Say Ahmad of StrategicAero Research, a consultancy based in Europe.