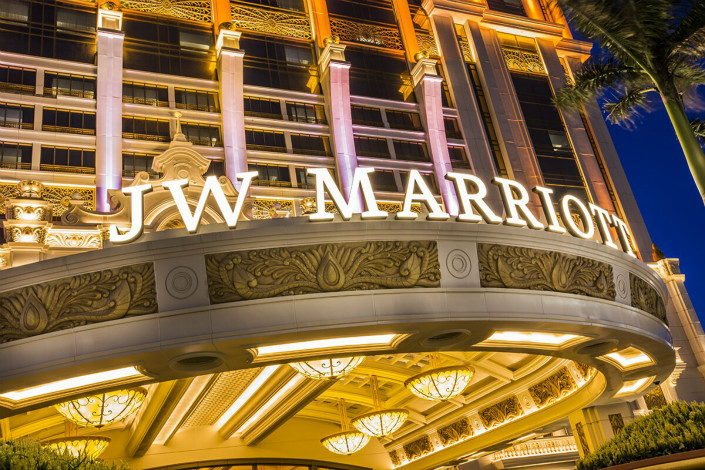 Marriott International Inc. has posted an apology for identifying Hong Kong, Macau, Taiwan and Tibet as "countries" in a customer survey, saying that it "respects China's sovereignty and territorial integrity." Photo: IC

Global hotel giant Marriott International Inc. has apologized after online anger erupted over its description of Hong Kong, Macau, Taiwan, and Tibet as “countries” in a recent customer survey.

The controversy began on Tuesday when a user on Weibo, China’s equivalent of Twitter, posted screenshots from a survey to members of Marriott’s customer-loyalty program. The shots showed that Hong Kong, Macau, Taiwan and Tibet were offered as possible answers to the question, “Which country are you currently living in?”

As of Thursday, the official Marriott Rewards Weibo page had made four separate posts apologizing for the survey, which the company said it had taken offline.

The original post, by Weibo user Zhongjusaodi, had called the survey “disgusting” and questioned the intelligence of Marriott’s Greater China employees. The message had been reposted over 20,000 times as of late Thursday afternoon.

Hong Kong and Macau are former European colonies that have retained high degrees of autonomy since their return to China as special administrative regions in the late 1990s. Taiwan, although self-ruled, is considered an integral part of China.

Multiple commenters on the original Weibo post noted it is common practice for foreign companies to list Taiwan, Hong Kong, and Macau as “countries,” especially in English-language content. British Airways, for instance, asks visitors to its website to select a country and language from a drop-down menu that includes all three regions.

But Marriott’s inclusion of Tibet — a Chinese provincial-level autonomous region — was the straw that broke the camel’s back for Zhongjusaodi and others. “Give up caring about the rest of them, but it’s really egregious that they included Tibet,” another user named Shendizhiyang commented.

Some called for a boycott of Marriott, a tactic sometimes used by Chinese consumers to punish companies over politically sensitive issues.

Marriott made three posts on the matter Tuesday and Wednesday before making a more strongly worded one on Thursday. “Marriott International respects China's sovereignty and territorial integrity,” it said. “We absolutely do not support any separatist organizations undermining China’s sovereignty and territorial integrity. We deeply apologize for any actions that may have caused misunderstandings about the above position.”

Marriott joins a list of foreign brands that have gotten into trouble navigating the complex sensitivities of its Greater China customers in recent years.

In 2016, French cosmetics giant L’Oreal was criticized by the Communist Party-run Global Times for organizing a concert by Cantopop singer Denise Ho, who had previously participated in Hong Kong’s pro-democracy Occupy Central movement. But when L’Oreal responded by canceling Ho’s concert, it faced a second backlash, this time from Hong Kong residents who disagreed with the decision.