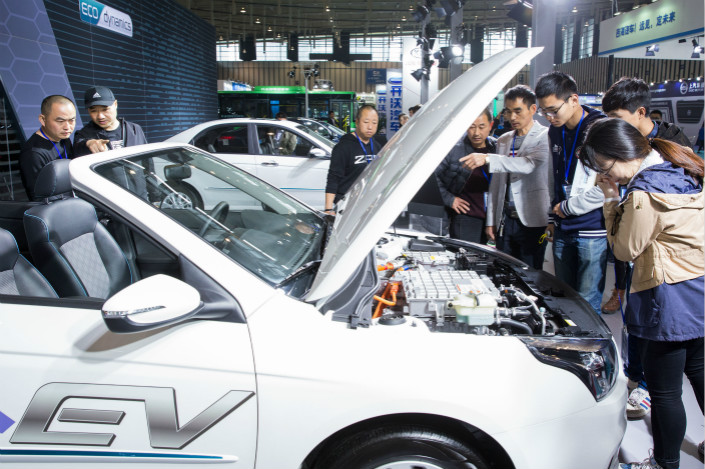 A private index that aims to track the size and change in China’s new economy using big data showed a marginal decline in January, suggesting that the contribution of emerging higher value-added industries such as biotechnology to the economy has remained stable.

The Mastercard Caixin BBD China New Economy Index (NEI) shows that new economy industries accounted for 31.3% of total economic inputs used to make goods and services last month, down from 31.4% in December and marking the first decline since October. The index measures labor, capital and technology inputs in 10 emerging industries relative to those used by all industries. http://index.caixin.com/upload/NEI201801e.pdf

The reading fell in January mainly on the back of a decline in the capital input subindex, which fell to 31.5 in January from 32.6 in December, and was 7.4 points lower than the record high of 38.9 reached in August.

The technology input subindex, meanwhile, continued its upward trajectory, rising 2.1 points to a four-month high of 34.4 in January, according to the report compiled by Caixin Insight Group, the financial data and analysis platform of Caixin Media, and big-data research firm BBD. The labor input subindex fell 0.4 points to 29.2 although it was 0.6 points higher than the same period a year ago.

The NEI, launched in March 2016, defines a “new economy” industry as one that is labor- and technology-intensive but has a relatively low ratio of fixed capital, and has sustainable and rapid growth. It is also one of the strategic new industries encouraged by the government.

The new IT industry continued to be the biggest contributor among the 10 major industrial categories, accounted for 7.6 points of the NEI reading last month, although this was down from 10 points in December and was the lowest reading since the index was launched. The new-energy industry saw the biggest drop in terms of contribution to the NEI headline number, falling to 0.9 points from 5.6 points in December and sliding from second to eighth place in the rankings.

The advanced equipment manufacturing (AEM) industry and cultural, sports and entertainment sector saw their contributions jump, with AEM in third place with a contribution of 5.5 points.

In terms of the employment picture in new economy sectors, hiring in January edged down to 28.5% of total hiring in the economy from 28.9% in December and 29.2% in November.

The average monthly entry-level salary in new economy sectors, based on data compiled from online career and recruitment websites, rose 2.1% from December to 10,481 yuan ($1,664) in January, the highest since the launch of the index. But the share of new economy sectors in total compensation fell to 29.9%, indicating that average entry-level salaries in those industries grew at a slower rate than those in the economy overall.