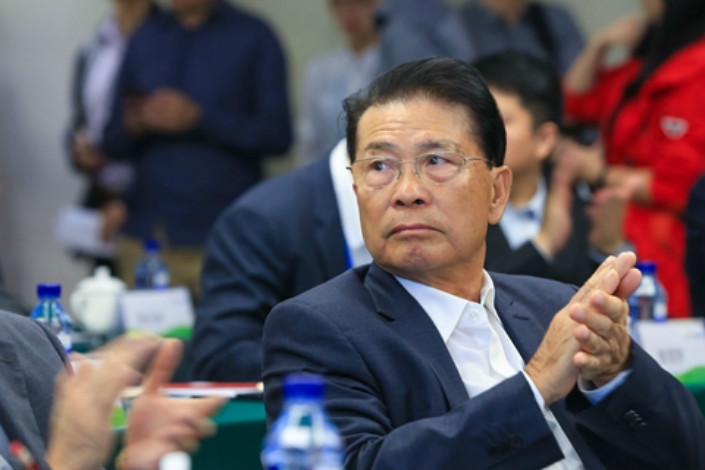 Midea Group founder He Xiangjian led the list of China 100 biggest philanthropists in 2017. The individuals on the list gave away 23.3 billion yuan ($3.7 billion) last year, a drop of over one-third year-on-year. Photo: VCG

That represented a drop of over one-third from the previous year due to the absence of big-name philanthropists including Pony Ma, founder of Chinese internet giant Tencent Holdings Ltd.

Pony Ma topped the 2016 list after giving 16.97 billion yuan worth of equity to a nonprofit foundation affiliated to his company. Ma broke the record for the biggest donation held by Jack Ma — founder of e-commerce behemoth Alibaba Group Holding Ltd. — who gave away 16.9 billion yuan worth of shares in 2014.

Jack Ma preferred to keep a low-profile about his charity work. He gave 100 million yuan last year to a medical foundation linked to a hospital affiliated to Zhejiang University’s School of Medicine.

In comparison, the top 50 givers in the United States donated $12.2 billion to charity in 2016, up from $11.1 billion from the previous year, according to Forbes Magazine.

35 of the 100 most generous people in China last year have been regular names in the annual list. This includes Wang Jianlin, chairman of Dalian Wanda Group Co. Ltd., and Xu Jiayin, chairman of Evergrande Real Estate Group, who have been on the list for seven years in a row.

Many Chinese donors chose to fund poverty alleviation operations and education projects, according to the report.

But, the country’s tax laws still dampen donor enthusiasm, particularly when it comes to giving away company shares. Midea founder He was forced in July to cancel a plan to donate 100 million shares of his company to set up a charitable trust. Instead, he opted to divert dividends from the shares into a foundation under his name to avoid huge taxes.

Authorities have since overhauled the tax code, exempting stock donations to foundations and charitable organizations registered in China.