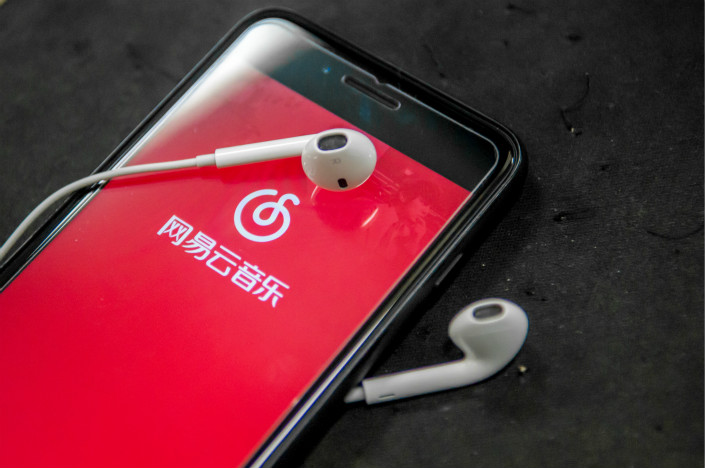 The deal between Tencent Music and Netease Music (application picutred) will see them sharing 99% of the songs to which they hold exclusive licenses. Photo: VCG

Online music platforms Tencent Music and NetEase Music have signed an agreement to share with each other over 99% of the songs to which they hold exclusive licenses, according to a statement by China’s National Copyright Administration.

The deal comes amid a national campaign to regulate the distribution of music copyright in China, after licensing fees skyrocketed in recent years due to companies fighting for exclusive rights.

As part of the deal, Tencent and NetEase will also form a long-term partnership for music licensing, and plan to open up their copyrighted music to other online platforms, according to the National Copyright Administration statement published Friday on WeChat, the social media platform owned by Tencent Holdings Ltd.

A NetEase Inc. representative told Caixin that NetEase would gain access to content previously exclusively controlled by Tencent from at least six music labels, including South Korea’s Cube Entertainment. Tencent also confirmed the news, although neither company was able to disclose the sum of money exchanged under the deal.

After a 2015 ban on unlicensed music streaming, online platforms in China have engaged in a fierce bidding war over exclusive rights to songs, a trend that mirrors similar developments in the television and film industries. In addition to driving up licensing fees, this also meant users often had to download multiple apps in order to access a wider selection of songs, and music platforms frequently sued each other for copyright infringement.

Tencent and NetEase have sued each other twice over alleged copyright infringement in the past three years, and in 2015 KuGou, a music platform that has since been acquired by Tencent, was engaged in a legal tussle against tech giant Alibaba Group Holding Ltd., which also owns music-streaming services.

In September, the country’s copyright authority met with music companies and streaming services to warn them against selling and buying exclusive rights to content, saying that the practice “harms the wider dissemination of music.”

Tencent’s deal with Netease follows its announcement in September that it would share the music-streaming rights to millions of songs with rival Alibaba in an unprecedented swap.

Tencent is reportedly planning an initial public offering this year for its music unit, which has around 600 million monthly active users.

The music swap could be both a blessing and a curse for the much smaller NetEase, an online music industry insider told Caixin. “After the license swap, the experience for existing NetEase users has the potential to improve,” the person said. “But the handful of exclusive licenses NetEase already held will now also be available to Tencent after the swap, meaning NetEase will have lower bargaining power during future negotiations with record companies.”