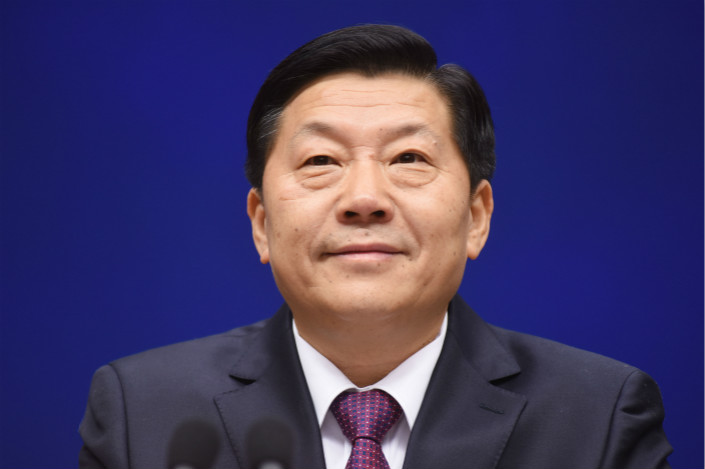 The former cybersecurity chief, who made headlines worldwide with his meetings with American tech giants, has been expelled from the Communist Party for disciplinary violations and that he “did whatever it took to build personal fame,” the disciplinary watchdog announced Tuesday.

Lu Wei, who was also a deputy director of the party’s Publicity Department, was put under investigation in November for “seriously violating party discipline,” according to a statement of the ruling party’s Central Commission for Discipline Inspection. But no more details were revealed until now.

The Tuesday statement said Lu, 58, has been kicked out of the party and removed from office. His illicit gains have been confiscated, and the evidence of his alleged criminal offenses has been transferred to relevant authorities for legal procedures, the statement said.

The statement listed the wrongdoings allegedly committed by Lu, who grabbed the attention of the Western media with his 2014 meetings with Apple Inc.’s Tim Cook and Facebook Inc.’s Mark Zuckerberg.

“Investigations show that Lu Wei has seriously violated political disciplines and rules … deceiving the central authorities, he did whatever he wanted, commenting on central government policies with bias and distortion, obstructing central government investigations, with his growing ambition he used public tools for personal interests and did whatever it took for personal fame,” the statement said.

He was also accused of anonymously lodging false accusations about other people and "forming cliques."

He “selectively carried out strategic work on cyber security arranged by the central government,” the statement said, adding that he traded power for sex, and took huge amounts of money to help other people make profits.

Lu became a deputy chief of the party’s Publicity Department, a powerful party organ exercising ideological control, in May 2014 while he was still heading the Cyberspace Administration of China (CAC). He stepped down from his position at CAC in June 2016 after a three-year stint.

He impressed international media during a six-day tour of the U.S. in 2014 when he met with U.S. dignitaries and heads of some of the world’s top tech executives.