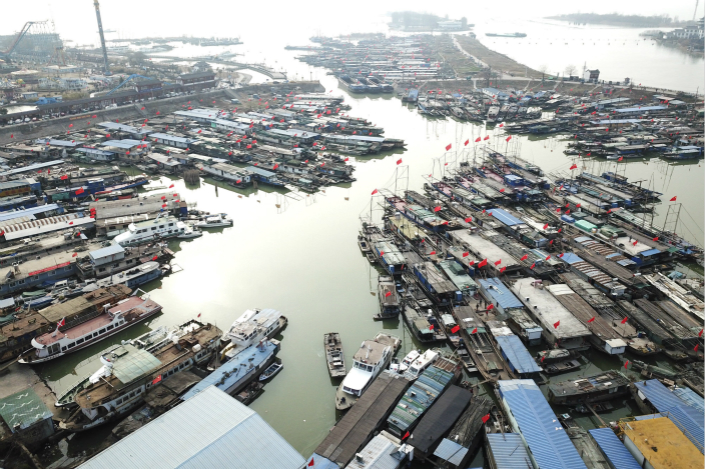 Trawlers from China are the world’s most active and travel the furthest in search of their catch, a new study of the global fishing industry shows, reflecting the depletion of stocks in the country’s coastal waters and growing domestic demand.

China accounted for 17 million out of the 40 million hours of fishing observed globally in 2016, compared with just over 2 million hours each for Taiwan, Spain and Italy, the next three biggest fishing economies, according to the study, Tracking the Global Footprint of Fisheries, which was compiled by researchers from organizations including nonprofit groups Global Fishing Watch and SkyTruth, the National Geographic Society, Google and Stanford University.

The researchers tracked the activity of more than 70,000 commercial fishing vessels from 2012 to 2016 using satellites and technology installed on ships that can monitor their locations and radio transmissions. The data were processed using artificial intelligence algorithms that allowed the team to identify the size, power and type of vessel. Although only a small portion of the world’s estimated 2.9 million motorized fishing vessels were tracked, the researchers collected data on up to 75% of vessels longer than 72 feet (22 meters), including what type of fishing they engaged in, where and when they fished.

The study, which was published in the journal Science on Thursday, found that the movement of Chinese fleets was influenced significantly by holidays and the government — they recorded a significant drop in fishing activity over the Chinese New Year and during a state-imposed summertime fishing moratorium.

The data “shows clearly where management boundaries are in place and where they are helping to constrain fishing effort,” researcher and report co-author Boris Worm of Dalhousie University said in a statement.

Researchers calculated that at least 55% of the world’s ocean surface was fished by industrial vessels in 2016, more than four times the surface of the earth covered by agriculture. They also found that China, Spain, Taiwan, Japan and South Korea accounted for more than 85% of observed fishing on the high seas outside of their territorial waters.

Distant-water fishing by China-flagged trawlers has increased in recent years, fueled by the country’s rapidly expanding fishing industry and the depletion of domestic fish stocks. But as they venture further they have become harder to regulate. In August, a Chinese vessel was discovered in Ecuador’s Galapagos marine reserve carrying thousands of shark carcasses, some of them from endangered species, highlighting major gaps in the oversight of fishing vessels traveling beyond Chinese waters.

In response to the growth of distant-water fishing, China has “taken a series of measures to strengthen management of fisheries, including the implementation of a fishing license system, maritime law enforcement and port inspection measures, and the establishment of a monitoring system for large and midsize fishing vessels,” the Bureau of Fisheries previously told Caixin.

While the Chinese authorities still face obstacles in reeling in the country’s vast fishing fleet, the study’s authors said they hope the data they have collected will help improve the management of the world’s fishing resources.

“Data of this detail gives governments, management bodies and researchers the insights they need to make transparent and well-informed decisions to regulate fishing activities and reach conservation and sustainability goals,” co-author Juan Mayorga of the National Geographic Society’s Pristine Seas project and the University of California Santa Barbara said in a statement.