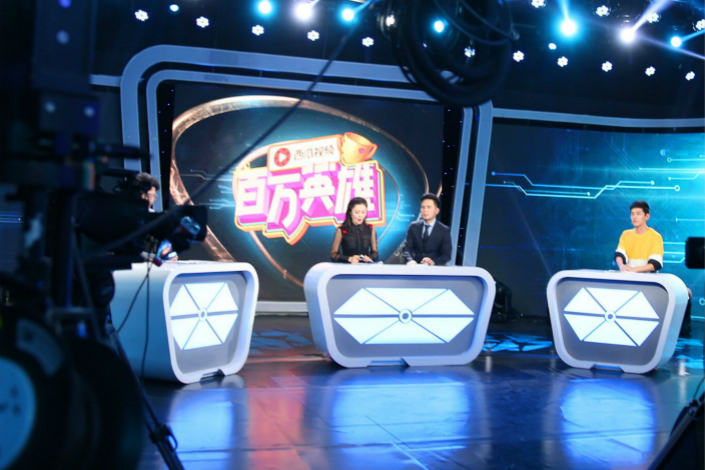 In a lawsuit filed with a Beijing district court on Thursday, Toutiao accused Sogou of deliberately creating a so-called “assistant webpage” — which can help participants using its language input software — to cheat on all the questions before answers were revealed.

In the filing, Toutiao charged that Sogou aimed to “attract its large user base to Sogou’s services, thus gaining ‘unfair competitive advantage.’”

Toutiao has demanded 5 million yuan ($79 million) in compensation and an immediate end to this “unfair” practice.

Livestreaming quizzes have been a phenomenon in China since early this year, as dozens of livestreaming services, including Toutiao’s video sharing platform Huoshan and its Xigua video platform, have jumped on the bandwagon.

The quizzes, which are usually made up of 12 multiple-choice questions, offer participants the chance at cash prizes that can grow as high as hundreds of thousands of dollars.

These trivia games have been a boon to livestreaming platforms, whose popularity have stagnated over the last year as content remains limited largely to gaming, titillation and oddball performers.

Toutiao’s legal tangle with Sogou is just its latest clash with one of China’s other internet companies. Last month, Toutiao filed a similar “unfair competition” lawsuit against Baidu, which it accused of using its monopolistic advantage in China’s search engine market to mislead users and damage Toutiao’s image.

Toutiao, which has not been backed by any of China’s three largest Internet companies — Tencent Holdings Ltd., Baidu Inc. and Alibaba Group Holding Ltd. — has grown quickly since it was founded in 2012.

The company, which rose to prominence as a news aggregator by employing an advanced artificial intelligence algorithm, has also expanded rapidly into a range of other areas such as livestreaming and online video.

Sogou, which is co-owned by Tencent and Sohu.com Inc., has become the country’s most popular provider of language input software. As of December, Sogou had 150 million active daily users, according to data consultancy Jiguangda.