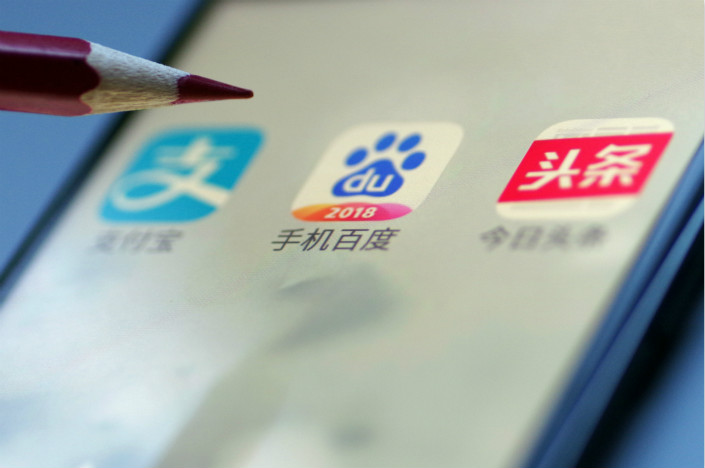 A court in Beijing has accepted news aggregator Jinri Toutiao's lawsuit against Baidu Inc. that alleges Baidu has made use of its monopolistic advantage in China’s search engine market to mislead users and damage Toutiao’s image. Photo: VCG

Toutiao said Tuesday that a court in Beijing has accepted its lawsuit against Baidu that alleges Baidu has made use of its monopolistic advantage in China’s search engine market to mislead users and damage Toutiao’s image.

The second result was the official Toutiao website, but a warning in red characters appeared below it, saying, “The page might be inaccessible due to unstable service.” Toutiao called the warning disparaging because two platform-monitoring websites, one run by Baidu, had testified to the safety and stability of Toutiao’s website.

These issues did not surface when users queried the term on other search engines, including so.com, run by cybersecurity firm Qihoo 360 Technology Co. Ltd., and Tencent Holdings Ltd.-backed Sogou Inc.

Baidu responded that its search-result ranking is based on various factors, including user demand, relevance, timeliness and page views, and that Toutiao’s allegation sought to “ease the firm’s own anxiety about its difficulty in further developing.”

The red warning no longer appears, but the top search result remains unchanged on Baidu’s search engine on smartphones.

Since its establishment in 2012, Toutiao has relied on sophisticated artificial intelligence technology to customize both news content and ads for users based on their interests — a strategy that has proved attractive to advertisers. The model has cultivated a new generation of so-called in-feed ads, which are embedded in newsfeeds or social media streams. Toutiao achieved revenues of 6 billion yuan (about $870 million at the time) in 2016 on the nascent advertising.

After Google Inc. was blocked in China, Baidu’s share of the domestic search-engine market rose above 70%, according to web traffic analysis tool StatCounter. Baidu — together with Alibaba Group Holding Ltd. — have also dominated digital advertising, but Toutiao has risen to become the most successful new player to tap into the new in-feed trend.

Baidu began featuring in-feed ads in September 2016, by launching its own personalized news services, which targeted Toutiao’s main business. Reports have circulated that Baidu might offer to buy Toutiao, but the latter has always said it wanted to operate independently.

Shares of Nasdaq-listed Baidu fell 3.81% on Tuesday. Toutiao is a private company.