The Gold Rush for In-Feed Ads

By Chen Mengfan and Mo Yelin 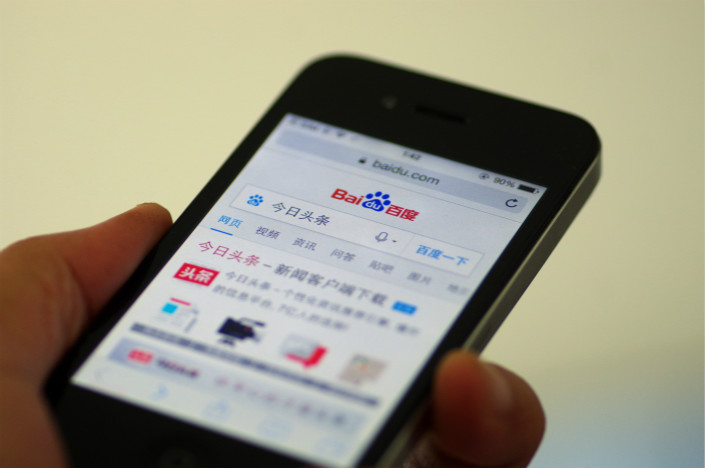 One prominent trend amid this change is the use of so-called in-feed ads — which are embedded in newsfeeds or social media streams.

China’s digital advertising market has long been dominated by web giants Alibaba Group Holding Ltd. and Baidu Inc. — and it still is. But news aggregation platform Toutiao has risen to become the most successful new player to tap into this new native-ad trend.

Toutiao’s dramatic rise has spurred other players — including Baidu, Tencent Holdings Ltd. and Sina Weibo — to race into the new space to secure their own positions in the world’s second biggest digital-advertising market, worth $53 billion in 2017, according to eMarketer.

Over the years, Toutiao has relied on its sophisticated artificial intelligence (AI) technology and algorithms to customize both news content and ads for users based on their interests, which has proven to be attractive to advertisers.

“Customization has helped the platform increase ad loads, since different ads are distributed to different users who can also get different ads with every refresh,” said Zheng Hong, a marketing manager from media investment firm GroupM, a subsidiary of WPP.

Contrary to Toutiao’s double-digit growth, Baidu has seen its ad revenue decline. Last year, Baidu earned 64.5 billion yuan from ads, 0.8% higher than the previous year. Baidu’s advertising business was down 6.7% in the third quarter of 2016.

Baidu’s main source of revenue has been small- and midsize enterprises that reach consumers through search-engine ads. But Toutiao has begun to encroach on this.

Baidu entered the in-feed ad-space in September 2016, by launching its own personalized news services, which targets Toutiao’s main business.

Baidu has argued that its legacy as a search company could help it predict user intentions more precisely than Toutiao can.

“For example, Toutiao can identify that a user is interested in cars after he has read a piece of related news,” explained Gu Guodong, a sales manager at Baidu. “It can then continue to distribute car ads to him. But this is not very effective, as he may only be interested, instead of having an intention to buy a car.”

“But our search function could find that he has searched for a store about cars and our maps service could know that he has actually physically been there,” Gu said. “Then we can identify that he has the intention to buy a car.”

Baidu has multiple advantages that may help it surpass Toutiao in in-feed ads, thanks to its years-long experience in digital advertising, analysts said.

“Baidu is relatively weak on brand-based advertising. But if it could attract more big brands with its newly-launched newsfeed service, it could make up losses in performance-based search ads,” said Cai Fang, an analyst at comScore, an online traffic-tracking consultancy.

Toutiao stepped into the social media space in April, launching a service called “Weitoutiao” — similar to Sina’s Twitter-like Weibo, which enables users to publish their own content.

Weibo, whose status as the country’s leading social media outlet has lost ground to Tencent’s WeChat in recent years, has emphasized its vast group of online celebrities — known as “Big Vs” for their “verified” status and large fan bases — as its key strength to advertisers.

This explained why Toutiao’s all-out efforts this year to invite similar celebrities to join “Weitoutiao” has raised eyebrows from Weibo, leading to a rift between the pair.

In August, Toutiao announced that its Weitoutiao users can synchronize their content on Toutiao as long as they are using a Weibo account to log on to the platform. This prompted anger from Weibo, which cancelled the function on the grounds that “Toutiao is using Weibo’s content without its consent,” it said.

Weibo has focused on boosting ad revenue since 2012, but the results has remained mediocre. Based on its previous three quarters, the company forecast 6.8 billion yuan in ad revenue in 2017 — far less than Toutiao’s expected 15 billion yuan.

In the longer term, however, Toutiao’s biggest competitor in in-feed ads may not come from Baidu or Weibo, but from the country’s near-ubiquitous social platform — Tencent’s WeChat.

Success in gaming and social media has allow Tencent to avoid reliance on ads, a business that produced only 17% of its revenue last year. By comparison, 97% of Facebook’s revenue came from advertising.

Tencent is also widely seen as restrained in pushing ads due to concerns of user resistance. Currently, the tech giant usually shows just one ad per day on WeChat’s Moments, a function similar to Facebook’s newsfeed.

However, this is set to change, as the company begins to emphasize advertising.

In March, Tencent combined the ad businesses of its seven units into one unified branch, in order to synchronize data and push for more precise ad distribution.