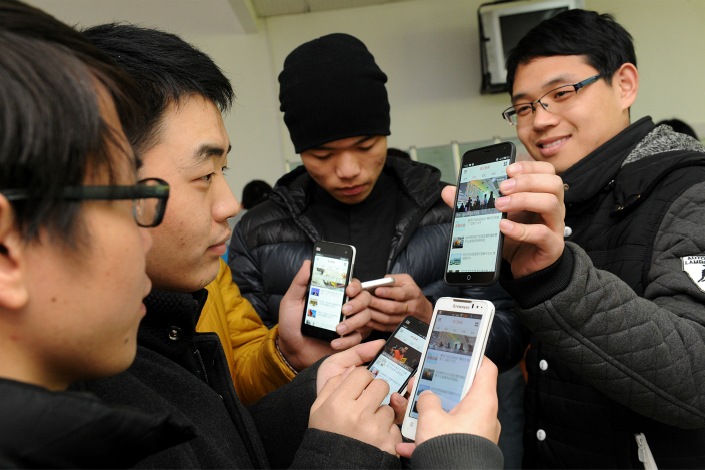 ThePaper, one of China’s leading state-owned news publishers trying to make the transition to new media, said it has formed alliances with two of the nation’s top new-media distributors as it seeks to broaden its reader base.

The web-based publisher in Shanghai, also known by its Chinese name, Pengpai, said it has formed a new series of strategic partners with several private-sector companies, including Weibo Corp. and Toutiao, which have become major alternative sources for news and are mostly distributors.

Weibo is often called “the Twitter of China” and operates a similar service to its U.S. counterpart, but has recently also become one of China’s top players in the newer arena of popular live-broadcasting videos. Toutiao has become one of the nation’s hottest news aggregators, operating a popular app that lets readers customize the news they receive using their smartphones.

Weibo’s New York-listed stock has been on a recent tear, fueled by the popularity of its video services, more than doubling over the last 52 weeks. Toutiao, meanwhile, conducted new fundraising earlier this year that valued the company at $11 billion.

ThePaper said its new relationship with Toutiao will center on using artificial intelligence to distribute its articles, and will also entail technical support and other opportunities for commercial collaboration. A spokesman for ThePaper added that no equity investments were involved in any of the new strategic tie-ups, which also included one with software titan Microsoft Corp.

“The most important thing to stress is that ThePaper hopes to become a platform for original content creation, and thus we welcome other similar partnerships,” it said in a statement. “For example, our collaboration with Weibo is focused on the similar distribution of content. But other areas like government affairs and big data could be important areas for more collaboration.”

The new series of tie-ups show how traditional media companies may be evolving into original-content providers that rely on specialty distributors like Weibo and Toutiao to bring their articles wider circulation and readership, said Zhang Zhi’an, dean of the journalism school at Sun Yat-sen University in Guangzhou.

“Toutiao is a platform, it is strong in quality of its video-news distribution, and thus gives a heightened user experience,” he said. “ThePaper is a news medium, so this will increase its distribution and raise its influence, giving more value to its content.”

Like their Western counterparts, traditional Chinese media have struggled to compete with newer web-based rivals in the last five years. While many similarities exist, one major difference in China lies in ownership, with most traditional media owned by government entities, compared with the private ownership of newer media companies like Weibo and Toutiao.

Beijing has strongly pushed traditional-media companies to shift to new media in a bid to compete with the more-nimble private sector firms. ThePaper made such a transition earlier this year when its predecessor, the Oriental Evening Post, officially ceased publication to focus on its new-media operation.