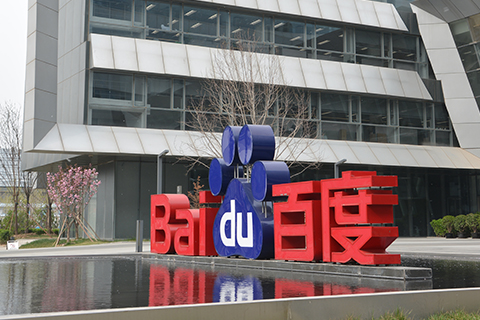 Baidu denied its apps access users’ data without permission, saying the apps “do not have the capability of monitoring phone calls.” Photo: Caixin

Baidu Inc., China’s largest search-engine operator, is being sued by a consumer-protection organization that claims it collected users’ information without consent, in the latest privacy dispute involving the country’s tech giants.

Two mobile apps operated by New York-listed Baidu, a search engine and a web browser, could access a user’s calls, location data, messages and contacts without notifying the user, the Jiangsu Consumer Council, a government-backed consumer rights association, claimed in a statement on its website.

Baidu denied the accusation, saying the apps “do not have the capability of monitoring phone calls and will never do it,” according to a statement publish Monday on its social media account

The consumer group filed the case against Baidu in December, and a court in Nanjing, the capital city of Jiangsu province, accepted the lawsuit on Jan. 2, according to the statement.

The Jiangsu consumer council said it talked to 27 mobile app operators in July about privacy issues and asked them to adjust their operations within two months. Most companies submitted plans for changes but Baidu didn’t, the group said.

“Despite rules and laws on consumer’s personal information protection, it has become a common practice for mobile apps to access private information without necessary authorization, posing great risks to individuals,” said the council in the statement.

In November, the council began negotiating with Baidu representatives, but the two sides failed to come to an agreement.

Baidu is the latest tech giant in China accused of violating users’ privacy.

Last week, WeChat, China’s most popular messaging app that is operated by Tencent Holdings, came under scrutiny after automotive industry tycoon Li Shufu made a statement suggesting the company snoops on its users. Tencent issued a strong denial, saying WeChat neither stores users’ chat logs nor uses them for data analysis.

Ant Financial later fixed the function and said the previous default feature was well-intentioned but was “carried out extremely stupidly.”

Recent cases reflected rising public concern over privacy protection amid the fast rise of internet service providers that control all kinds of personal data. Compared with the U.S. and Hong Kong, where punishment on privacy invasion is strong, mainland internet companies are less worried about privacy concerns, a senior lawyer told Caixin.