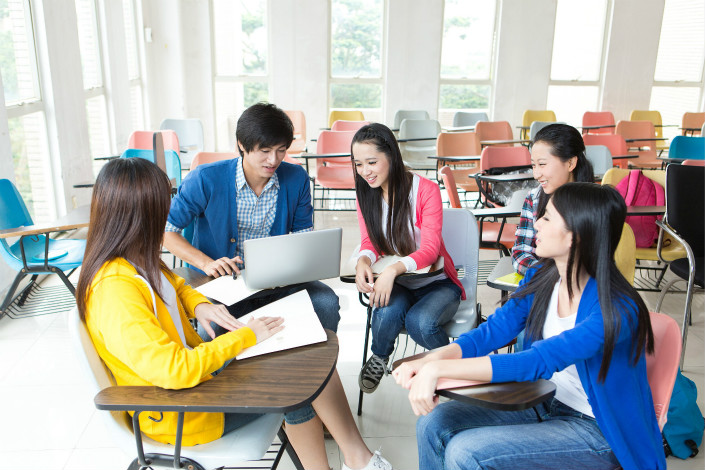 Sunlands Online Education Group has filed for a U.S. listing to raise up to $300 million, the latest in a string of fund-raising efforts by education firms as offshore Chinese IPOs get off to a strong start in 2018.

Founded in 2003, Sunlands began as a traditional education company specializing in programs aimed at professionals. Four years ago it began transiting to an online-focused business model, allowing it to more than double the number of students it serves from around 200,000 in 2015 to a current total of around 550,000.

“The online education model has transformed the post-secondary and professional education market in China,” Sunlands said in its IPO prospectus filed on Friday in the U.S. “It has made a tremendous number of students aware of the more flexible, cost-effective education solutions provided by online education. We expect that this trend will continue to drive further demand for such services and result in online education providers taking market share away from traditional offline players.”

As it has ramped up its online model, Sunlands has posted strong revenue growth, though losses have also grown. The company’s revenue in the first six months of last year reached 361 million yuan ($57 million), roughly double the amount from a year earlier. Its net loss over the period also roughly doubled to about 232 million yuan.

Those listings came as shares of older education companies New Oriental Education and Technology Group Inc., China YuHua Education Corp. Ltd. and China Maple Leaf Educational Systems Ltd. all posted strong gains in the year, amid bullish sentiment towards the sector. Shares of Rise and RYB now trade above their IPO price, though Four Seasons trades about 20% below.

The education listings are also part of a broader surge in IPOs by venture-backed Chinese companies in New York and Hong Kong, following several years of relatively slow activity. Those listings could culminate later this year with two multibillion-dollar IPOs, both most likely in Hong Kong, by smartphone maker Xiaomi Inc., and by Ant Financial, the financial affiliate of e-commerce giant Alibaba Group Holding Ltd.