By Hou Wen and Li Rongde 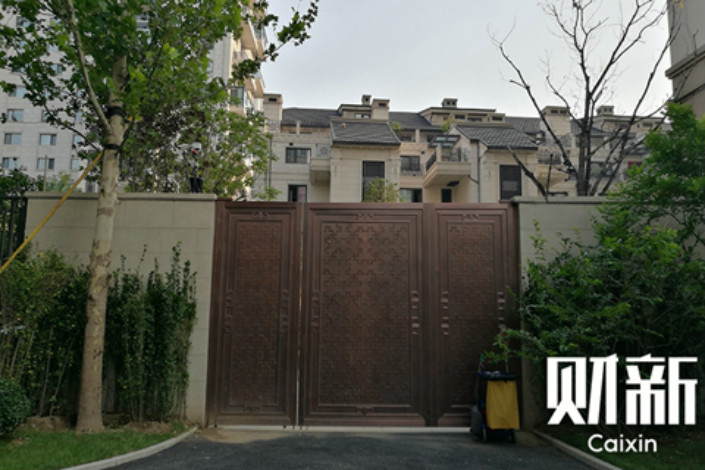 A new kind of class struggle between the rich and poor is playing out in an increasingly wealthy China.

Homeowners living in an upscale Beijing estate have taken a district government to court over an order to dismantle a wall separating their homes from neighboring affordable apartments that the developer was required to build for low-income families.

Wealthy residents who attended a court hearing at the Fengtai District People’s Court in the Chinese capital on Monday demanded the Fengtai government and a government unit known as “chengguan” withdraw the demolition order.

Residents on both sides of the wall — those living in a cluster of affordable houses known as Yupu Home Garden and residents in the luxurious homes in Xichen Yuanzhu — have locked horns over the gated wall since the summer.

On the other side, homeowners in Yupu Home Garden, who paid 21,000 yuan for each square meter and now fork out 3.3 yuan in monthly management fees, have campaigned for the removal of the wall because they believe both sides make up a single residential community.

The Chinese government requires developers to build rental properties or affordable homes for low-income families in return for being allowed to use land for more profitable homes for the rich, creating such “mixed communities.”

However the two kinds of homes are often divided by a wall or a less-conspicuous green barrier.

The Fengtai Chengguan Bureau, which oversees urban street order and hygiene, in June, ordered the developer to get rid of the wall before the end of August on the grounds that it was built without permission. The district government upheld the order in a ruling earlier in August.

Xichen Yuanzhu residents filed a lawsuit against the decision with the district court in mid-September.

While the lawsuit was pending, the row between homeowners on both sides intensified in January when residents of the affordable houses pushed the wall down and residents on the other side responded by erecting a new wall the next day.

The district court did not hand down a verdict at the end of the one-day trial Monday.