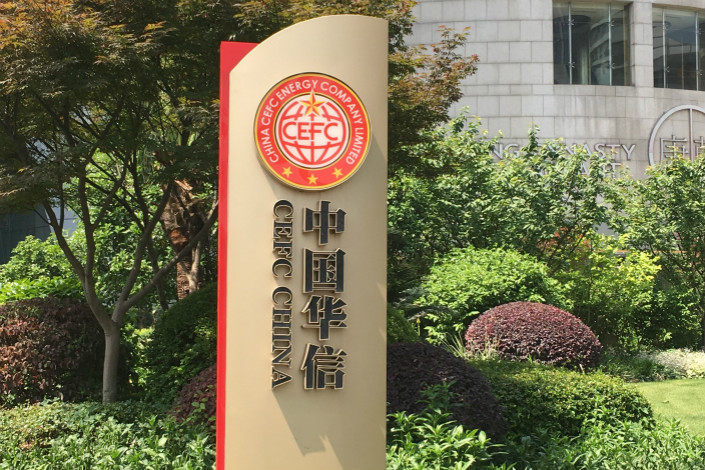 Trading in 14 billion yuan ($2.2 billion) worth of bonds issued by CEFC Shanghai International Group was suspended on Friday, after plunging the previous day on reports that the chairman of the company’s parent was under investigation.

The company announced the suspension in a filing to the Shanghai stock exchange, without giving any indication of when trading might resume. “In order to protect the interests of bondholders and avoid unusual movements for bonds already issued … the company’s bonds will suspend trading from March 1,” it said in a statement. (link in Chinese)

The bonds consist of five tranches in amounts ranging from 1 billion yuan to 6 billion yuan. Before the suspension, the price of one of the bonds, a 3 billion yuan note due in 2020 with a 4.98% interest rate, fell 33% in Thursday morning trade, according to a Reuters report.

The sell-off began after Caixin reported that Ye Jianming, chairman of CEFC China Energy, was under investigation. Ye built up his company from a base in East China’s Fujian province to become a major local energy firm, and later expanded into global energy and finance. In his company’s biggest deal to date, CEFC was set to pay $9.1 billion for 14% of Russian energy major Rosneft.

The bond suspension came as shares of the main listed company with direct links to CEFC posted modest gains in Friday trade, following a massive sell-off the previous day on word of the Ye investigation.

CEFC Hong Kong Financial Investment Co. Ltd.’s stock had fallen as much as 32% the previous day, on trading volume that was more than 10 times daily averages. The Hong Kong-listed stock bounced back slightly on Friday, and was up 1.8% late in the trading day.