No Room to Rest in China’s ‘Toilet Revolution’ 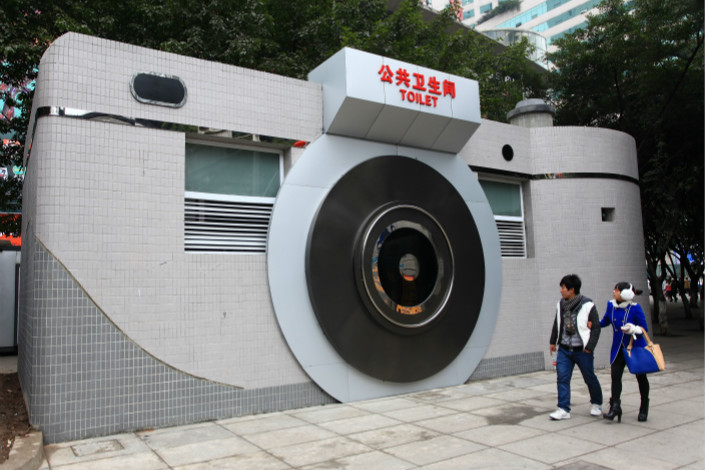 It may sound like dirty business, but China’s National Tourism Administration is leaving no stone unturned with its latest campaign to promote the nation’s public restrooms. That includes a new ranking system offering praise for cities with the best public-toilet networks, and an app helping people to find their nearest public potties.

To show its seriousness, the bureau has been touting its three-year “toilet revolution” program, which kicked off in January, at the top of its home page during the ongoing annual session of China’s legislature in Beijing. The list of articles on the subject includes a headliner on the new three-year campaign, as well as an item titled “The issue of toilets is no small matter.”

Not surprisingly, the ranking found that China’s most economically developed areas had the best public-toilet networks, based on an evaluation system that considered factors like actual number of toilets, number of toilets per resident, and coverage rate over a broad urban area.

The southern boomtown of Shenzhen, across the border from Hong Kong, took top honors in several categories, including overall rating for best public-restroom network. It was followed by Foshan, also in South China’s Guangdong province. That pair of southern cities, in an area known as the Pearl River Delta, was followed by Shanghai and Wuxi further to the north, both from China’s other major affluent coastal area, the Yangtze River Delta. Beijing rounded out the top five on the list.

“From the list of cities with the most-balanced restroom systems, we can see there is a definite correlation with each city’s degree of economic development,” the tourism administration wrote in its report containing the rankings. “Cities at the top of the list mostly come from areas that are relatively well-developed economically, most of those concentrated in the Yangzte and Pearl River Delta areas. At the same time, important tourism cities are also near the top, showing that development of the tourism industry has a positive effect on the toilet index.”

In addition to the rankings, the campaign includes a public-restroom locator service through a partnership between the tourism authority and online mapping company AutoNavi Software Co. Ltd.

Public restrooms in China have undergone huge changes in step with the country’s rapid economic development, with major cities now featuring modern facilities that are a far cry from the simple outhouse-style toilets that were common in the 1980s and ’90s. Similar toilet-related campaigns occur from time to time, including one that saw the tourism authority proclaim it would spend over 12.5 billion yuan ($2 billion) to build or upgrade 25,000 public restrooms in and around popular tourist attractions in 2016.