China to Shake Up Central Agencies 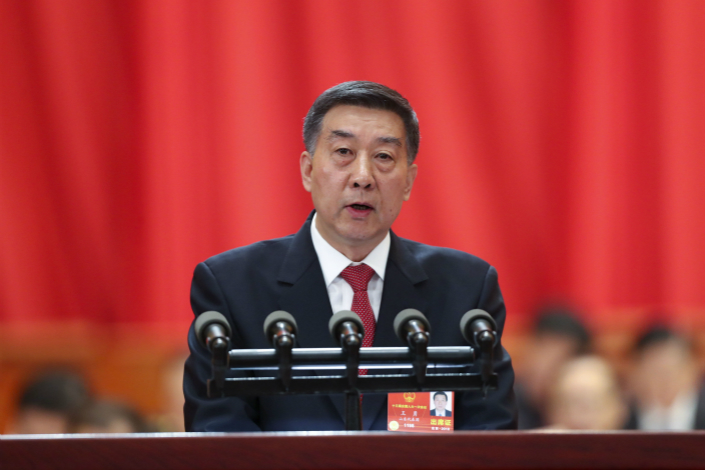 China’s cabinet has proposed a sweeping overhaul of the central government agencies that it oversees, according to a draft report it presented to the country’s congress on Tuesday.

The reorganization, the eighth since the country’s reform and opening-up in the late 1970s, comes amid a slowing economy, challenges facing market regulators from innovation and a social shift, as well as constraints in environmental protection and natural resources.

One notable change highlighted in the “Report on Reform of Organizations under the State Council” is the merging of the country’s banking and insurance watchdogs. But combining the China Banking Regulatory Commission and the China Insurance Regulatory Commission falls short of the resounding calls for greater integration in the regulation of the country’s banking, insurance and stock markets.

Under the draft plan, which is subjected to approval by the National People’s Congress on March 20, at the end of its annual session, the stock market will remain regulated by a separate agency — the China Securities Regulatory Commission.

The State Council, China’s cabinet, has also proposed a national supervision administration for across-the-board oversight of the market in China while it plans to abolish two market watchdogs — the State Administration for Industry & Commerce, and the General Administration of Quality Supervision, Inspection and Quarantine.

In a work report to the legislature delivered by Premier Li Keqiang on March 5, the State Council set the economic growth target for 2018 at 6.5%, a far cry from the breakneck development that occurred from the 1980s until the global economic meltdown that began in 2008.

The moderate projection came after the ruling Communist Party, in a key meeting on the economy in late December, said that China needs to embrace a shift in economic development from high-speed growth to high-quality growth, meaning greater innovation, more opening-up and a more-prudent use of resources.

In an apparent move to facilitate such transformation, the State Council proposed a drastic shake-up at several existing central government agencies, including the National Development and Reform Commission (NDRC), which is the top economic planner, and the ministries of agriculture and water resources. The government will combine some of the agriculture and water resources ministries’ portfolios under the new Ministry of Natural Resources.

The changes will see the end of the Ministry of Land and Resources, the State Oceanic Administration, and the National Administration of Surveying, Mapping and Geoinformation.

Under the plan, a new ministry overseeing ecology and environmental protection will replace the Ministry of Environmental Protection and accommodate some areas under the supervision of several other agencies, including climate change policy and emissions reduction, both of which are currently under the purview of the NDRC.

The Ministry of Public Security, which oversees the country’s police, will also undergo a shake-up. The ministry will create a new immigration bureau to handle passport and visa applications and oversee border control.

China has been easing visa control and expanding a permanent-residence program to attract global talent to bolster its competitive advantage.

In addition, the firefighting unit under the Public Security Ministry will be moved to a new ministry that will be created to handle national emergencies, including forest fires.

At the beginning of 2016, China scrapped its decades-old one-child policy, which had limited most couples to one child, and replaced it with a two-child rule, a move aimed to address an increasingly aging population and a shrinking labor pool. A new bureau is also planned to provide the public with adequate medical insurance via better oversight over the pricing of medicine and medical services, according to the plan.

The cabinet will also launch a new ministry similar to the Department of Veterans Affairs in the United States. The formation of the Ministry of Veterans Affairs is unprecedented in China, underscoring the importance the current administration places on the army, according to Deng Haiqing, chief global economist with JZ Securities.

After the proposed overhaul, central government agencies will no longer be the gatekeepers for certain industries, but will instead follow their policy goals, Deng said.

For instance, the new Environmental Ministry will take control of all of the environmental protection portfolios, which are currently divided among several government agencies, he said.

The reorganization of central government agencies is not just about reshuffling existing agencies or the creation of new ones, but more about helping the government become more professional, accountable and efficient, according to Mao Shoulong, professor of governance study at Renmin University.

Any overhaul of the government will work only if it is guaranteed by forceful laws and regulations, Mao wrote in China Reform, a bimonthly magazine owned by Caixin.