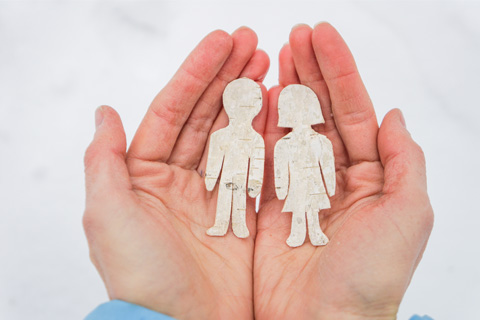 (Beijing) – China's leaders decided to change the one-child policy so that couples could have a second baby because they saw that an easing of the rules in 2013 had little effect, a family planning official says.

The decision to drop the one-child rule was made at the end of a four-day meeting of the party's 18th Central Committee on October 29.

A statement that the Central Committee, the party's nexus of national power, provided through the official Xinhua News Agency did not say when the change will come into effect.

The top leaders who decided to change the one-child policy did so after watching how an easing of the rules nearly two years ago had little impact, an official with the National Health and Family Planning Commission said.

"They became concerned after the earlier change did not lead to a hike in the number of applications for a second child, as expected," said the official, who asked to remain anonymous.

The change in 2013 allowed couples in which either parent was an only child to have a second baby.

The commission said that 1.39 million eligible couples had obtained permits to have a second child as of the end of May, fewer than the 2 million it had estimated. Only 55 percent of qualified couples have applied for a permit in seven provinces, official data show.

Couples need to get a permit from the government to have a child in China, and those that have a baby without one face large fines the government calls "social maintenance fees."

Liang Jianzhang, a professor at Peking University's Guanghua School of Management, said the rule change could lead to a baby boom in the next two years that puts pressure on authorities to come up with extra medical care and schooling resources.

The shift in the family-planning policy, which dates back to the late 1970s, comes as the country begins to grapple with an aging population, a demographic change policymakers fear could undercut the country's economic competitiveness.

This graying population is already straining the country's pension system, prompting authorities to consider raising the age of retirement from 50 to 55 for most women and from 60 to 65 for men, moves that would be gradually introduced.

The change in the one-child policy may not be enough to keep China's population from shrinking, something experts predict will start happening, possible as early as 2017.

Liang said that research done from 1980 to 2011 found that the average number of children that couples wanted was between 1.6 to 1.8, lower than the 2.2 needed to keep the population from shrinking.

The Central Committee also passed a five-year economic plan for the 2016-20 period, according to a document the party released through the official Xinhua News Agency. The five-year plan will be presented to the legislature in March.

This is the fifth time that the Central Committee has met. The body usually has 205 members, but Xinhua said only 199 attended this "plenum" because some, including Li Jihua, a former deputy head of top government advisory body, were expelled for corruption.