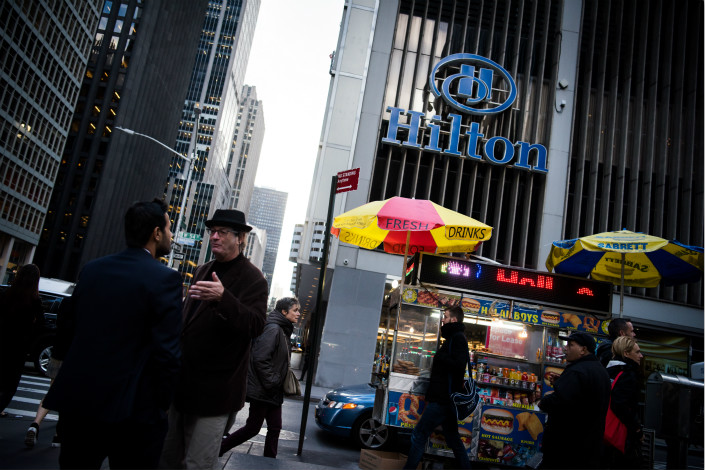 HNA’s decision to offer “some or all” of its stock in Hilton Grand Vacations Inc., announced in a U.S. securities filing Tuesday, comes after media reports that HNA was mulling such a move to lower its debt level. HNA’s move comes as Chinese authorities continue to scrutinize big-name companies that embarked on international acquisition sprees through borrowing in the past few years.

HNA is determined to pursue a sale, through one or more registered public offerings, of 24.8 million shares, worth around $1.1 billion at the stock’s Tuesday closing price of $45.80, according to Bloomberg.

The Chinese group sold its entire stake in Park Hotels earlier this month.

On Tuesday, HNA also announced a sale of its two real estate-related companies on tropical resort island of Hainan to developer Sunac China, pocketing around $305 million.

HNA Group CEO Tan Xiangdong told Chinese media, including Caixin, in November that HNA is now adjusting its overseas acquisition strategy to put it in line with government policies. Tan said the decision to dispose of assets will be “beneficial to HNA’s future development as it increases its cash flow.”