By Jason Tan and Huang Rong 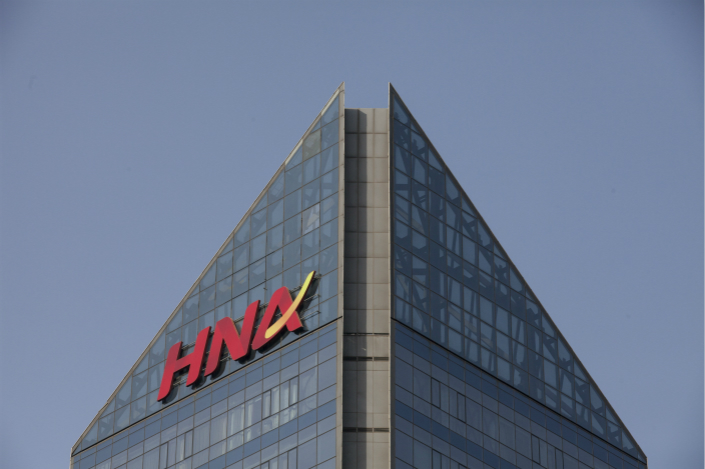 A view of the HNA Group's Beijing building. Photo: VCG

“The deals will help the company consolidate resources, optimize asset structure, speed up corporate strategic transformation, and improve our business of infrastructure and construction investments, which will lift our earnings as a result,” the filing said.

A foreign investment banker told Caixin that HNA has to divest some of its quality profitable assets. “This is inevitable as these assets are easier to be sold thanks to their liquidity and potential valuation rise in the future,” the banker said.

HNA has been pushing to divest its assets after embarking on debt-fueled buying spree for the last two years to acquire international assets. Reuters said the amount spent was more than $50 billion during the period.

The move has invited scrutiny from Chinese authorities, who have tightened their grip on companies’ major offshore investments. Others on the watchlist include Dalian Wanda, Anbang Insurance Group and Fosun Group.

In related news, The Wall Street Journal reported Monday that HNA is in talks to sell part or all of its 25% stake in Hilton Grand Vacations Inc., a time-share business spun off last year from Hilton Worldwide Holdings.

This comes roughly a year after HNA become a major shareholder in the companies related to the Hilton hotel chain.

Caixin also learned from sources close to the matter that HNA has held talks with domestic institutions on the possible sales of some of its China assets, including properties in Shanghai, Haikou, Beijing and Suzhou.

A document viewed by Caixin listed assets that HNA is considering selling, including the Tangla Hotel in Beijing, a commercial complex in Haikou, and the Crown Plaza Resort in Sanya. Most of the assets are priced from 2 billion to 6 billion yuan.