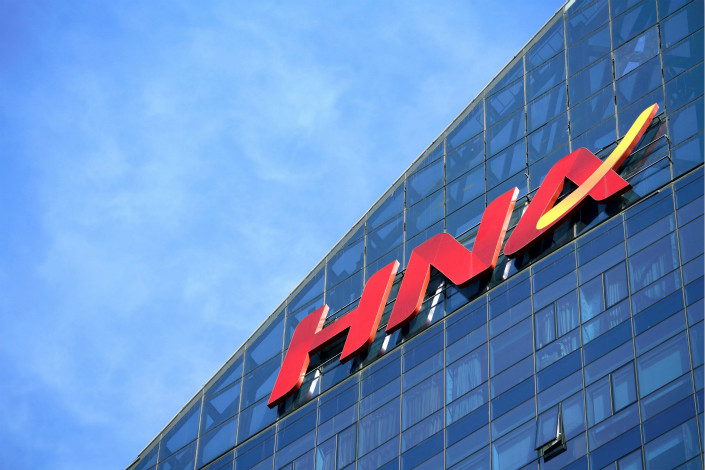 HNA Tourism Group Co. Ltd.'s sale of its 25% stake in Park Hotels & Resorts Inc. will be “subject to market conditions and other considerations,” according to a Park Hotels filing with the U.S. securities regulator. Photo: VCG

The debt-laden HNA Group plans to sell down its stake in midsize U.S. hotel operator Park Hotels & Resorts Inc., according to a filing to the U.S. securities regulator, in the company’s latest asset sale following a global buying binge that left it with large debts.

HNA Tourism Group Co. Ltd. received the 25% stake in Park Hotels after the U.S. company was spun off last year from parent Hilton Worldwide Holdings Inc. HNA made global headlines a year earlier when it announced its original plan to pay $6.5 billion for 25% of Hilton at the height of HNA’s global buying binge.

Park Hotels announced HNA’s intent to sell down the stake in a filing to the U.S. securities regulator, but did not provide more specifics. It added that timing of the sale will be “subject to market conditions and other considerations.” The stake is currently worth about $1.4 billion, based on Park’s latest market valuation.

The 2016 Hilton stake purchase was one of the largest in HNA’s global buying spree, which covered a wide range of areas, many in its core area of tourism and travel. The company is based on South China’s Hainan island, which has become a tourist haven over the last decade. It counts the nation’s Hainan Airlines as one of its earliest assets.

But after snapping up billions of dollars in overseas assets, the company became burdened with debt. It has also been caught up in a Beijing campaign that frowns on Chinese buying of big global assets in the leisure, entertainment and property sectors — areas the central government considers frivolous. As that has happened, HNA and others like Wanda Group have begun selling assets both at home and abroad to pay down their respective debts.

Reports have emerged that HNA was talking with its banks over concerns about its loan repayments. And in December, the company pledged some of its stake in Postal Savings Bank of China as collateral to borrow money.